still dreaming about sailing to Fowey and up river to Lostwithiel.......

This is the homepage of a gaff rigged sloop picarooner called CRINKER CP55...and I’d forgotten that it sails out of Polperro and has made some lovely voyages around our coastline – including a very nice trip out and around the Eddystone light house. The site is definitely worth a visit. The site owner also has a few YouTube clips which I suspect are well worth watching if you want to find out more about sailing a small boat along this stretch of south west coastline.
The reason I mention this site is because I’m interested in sailing Plymouth to Polperro in summer 2011 and I suddenly remembered CRINKER had done it from Polperro to the River Yealm a couple of years ago.

One of CRINKER's videos is here:


Now I can’t quite remember how long a picarooner is – 17 or 18’ I think but I could be wrong. It’s a hull design that is over 100 years old – designed for fishing that rocky Cornish coast! CRINKER's owner suggests that the original rig was a lug sail – which would figure I guess – very popular for its simplicity and ease of use by many a fisherman around our coast. 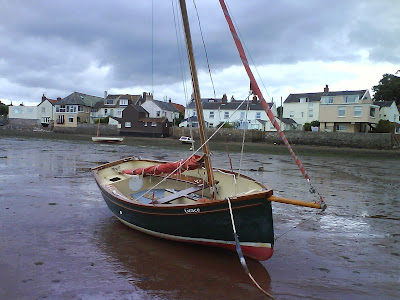 The name Picarooner means sea robber and CRINKER's website says she has a shallow draft so that she could land her fish before the larger fishing boats did. CRINKER is fitted with a galvanised steel centreplate which can be raised on entering shallow water or when sailing downwind. Thus she has a draft of 12 inches. Not for the first time have I thought about fitting a galvanised steel plate to Arwen – it would certainly give her some ballast and stop those wretched sandbags flopping around. The website goes on to say

“Although CRINKER was built in Cornwall around 2001 in more modern materials, she still retains her classic lines with timber mast and spars made from solid Columbian Pine, hardwood gunwales, thwart and trim. She carries a small outboard motor that fits into a well in her stern. She also rows well.”

Now peruse CRINKER's log book and you’ll see that CRINKER has done some good old voyages along our coast. It’s really useful to look at records like this because it gives me some important insights. For example

• Rame Head can get some nasty little eddies and sometimes a steep race and this can lead to some rough water a little further out to sea - CRINKER apparently, was able to creep inside this by going closer to the coastline – a good tip that is

CRINKER has also done another of the trips I am planning which is sailing up the Fowey River to Lostwithiel. Again, a read of the log provides some useful information:

• Keep to the centre of the upper channel so you can avoid overhanging trees – sounds interesting!

• Keep the centreboard partly down so you can feel for the bottom – especially if motoring – that way you don’t lose a prop shear pin in middle of a flowing river (won’t be the first time that’s happened to me – Salcombe mudflats right outside the harbour office – ebbing tide – please do not ask – still embarrassed about that). Another good reason for being just behind the tide flowing in so that more water will come underneath to lift you off I guess

CRINKER's owner describes the trip as one of the most scenic boating outings you can have – that’s some endorsement! From open ocean into sheltered Fowey harbour, passing Polruan and Fowey; up past the china clay loading docks and the small village of Golant before entering a landscape of grassy marshes and winding river channel. You can find out more on Golant here at http://www.golant.net/ 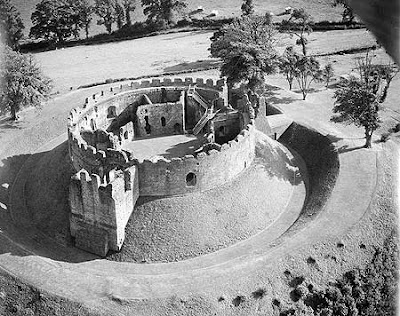 [now here is a website that will help you get another flavour of Golant - http://www.barnabybear.net/rivergolant.htm  Now I actually know the person who came up with Barnaby Bear – she’s a lovely lady and Barnaby Bear has been responsible for teaching thousands of infant age children some good geography – so don’t knock the site – I used to help infant teachers design curriculum materials around the adventures of this bear....he even flew on a flight with me to the Gambia and managed to single-handedly convince four air stewardesses to persuade the captain to let me and Barnaby onto the flight deck – in the days before terrorism made this an impossibility. Barnaby and I agreed that they were four very savvy, intelligent and cute women]

Anyway a coastal creek crawl up to Lostwithiel does sound fun and idyllic doesn’t it. My dad would definitely like this trip – especially if we can fit a few bevvies in back at Polruan before closing up on board for the night. 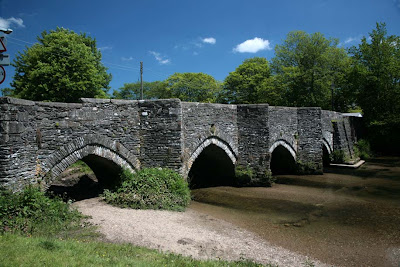 getting Arwen under that bridge could prove a problem !!
copyright cornwall.co.uk

Isn’t it fun planning out where you will be sailing when the weather improves! And my deep thanks to all those people who keep blogs like CRINKER's...................when you are new to sailing - you need all the help old seahands can give you. Thank you CRINKER! I hope to one day see you in person somewhere offshore on a bright sunny day with nice sea breezes when the porpoise are chasing both our boats! In the meantime - good sailing CRINKER!

Hello Steve Just stumbled across your blog. I was the owner of CRINKER CP55 for many years and posted by logs & videos online. Its great to see someone like your good self making use of them. I hope you are have many happy adventures exploring the SW coast on ARWEN. All the best for 2021 Tony

TONY!!
Amazing! Good to her from you. I loved reading your material and watching your videos. How are you - safe and well I hope during these difficult times