I am in the middle of building a garden furniture set for my new bee and butterfly garden - my first lock down project.

One chair has been made and the process and details can be found here: https://arwensmeanderings.blogspot.com/2020/11/how-to-build-kentucky-stick-chair.html 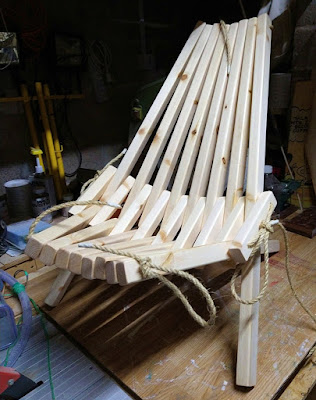 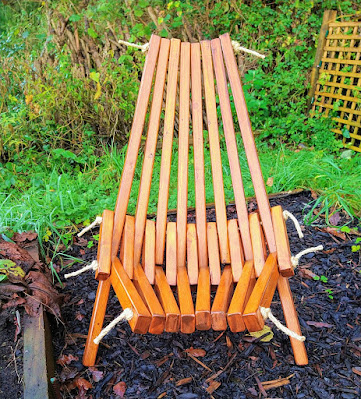 Each chair needs two cushions - one big and one smaller.

Using a sewing machine is a new learning experience for me but I've managed to work it out with a bit of help from the boss. 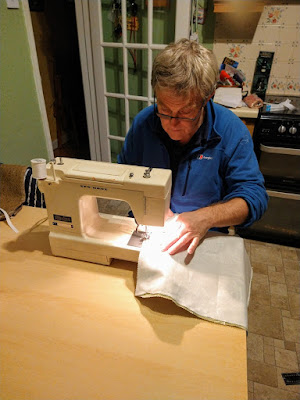 I  measured out the fabric 49 cm square - two pieces. I cut them using pinking scissors so that the edges wouldn't fray. The trick, I soon discovered, is to pin the two squares together at all times. And the other trick is to sew the cushions inside out and then when finished turn them back out the right way. 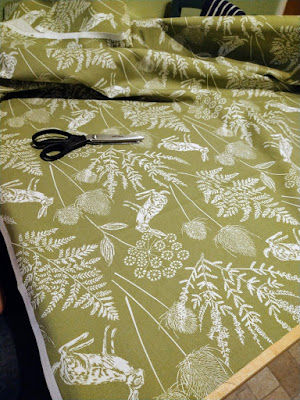 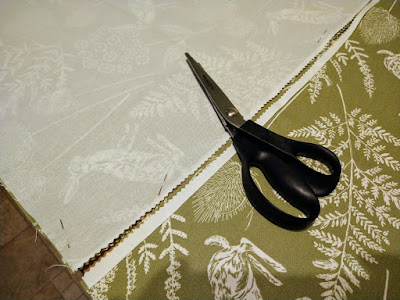 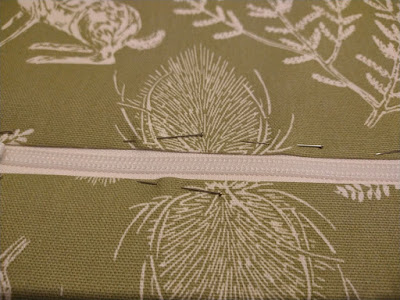 The zip goes in first. The zip length was 36cm. I stitched it to one fabric square first and then separated the zip and stitched the other side to the other square before zipping the two pieces back together.  After that, I re-pinned the two squares back together before running them through the sewing machine. I put in a double line of stitching all the way around for additional strength. 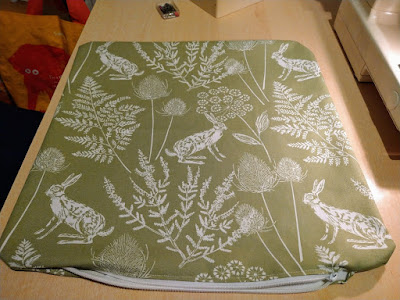 And so here is the first of the cushions. I think the fabric is very appropriate for garden cushions. 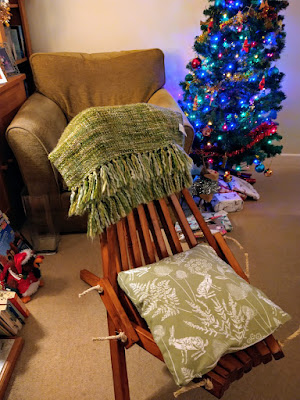 Someone I know on FaceBook, Corin Nelson-Smith has done an interesting post on Sea shanties which you can read here  https://expressiveaudio.com/blogs/audio-advent-2020/audio-advent-day-13-sea-shanties

Corin sails a Drascombe and has built an excellent galley box. You can find his YouTube channel here at

First impressions of the GoPro Hero 9

Over the years I have always been into outdoor adventure, travel, nature and building wooden canoes or boats of various sizes and types. I am, after all, a geographer and explorer at heart and recently with the time given to me on retirement, I’ve started writing articles for various outdoor journals and magazines (both print and online).

Like may outdoor enthusiasts, I invest carefully in my equipment and so it lasts years. My down sleeping bag was bought in 1982 and is still going strong today although the interior is tea stained after an encounter with a gerbil like rodent at Kibo hut on Mt Kilimanjaro. I’m still not sure who was more surprised, me finding a rodent in my sleeping bag, or the cute rodent finding me in his warm soft hiding place. Either way, I was in my bag drinking a cuppa after waking from a deep ‘post summit success’ sleep and was rather shocked to feel something crawling up the inside of my thermal long johns! In a rapid exiting of the mummy style sleeping bag, tea went everywhere. A slight tea stain still remains on the off-white cotton interior, a reminder of great times. I also possess a first generation Gortex bivvy bag and a small Trangia stove bought at the same time as this sleeping bag. They are collectively, my most treasured outdoor gear possessions (along with the ice axe from my first successful Mt Blanc summit expedition, a manky old climbing harness from the days when I didn’t suffer from vertigo and an old swiss army knife – which I literally never leave the house without).

Which neatly moves us on to GoPros’. 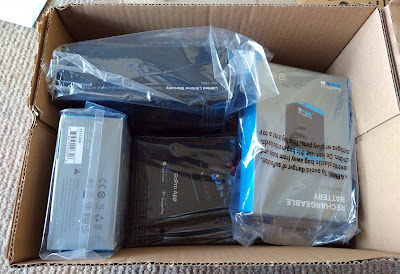 Who doesn't love n exciting parcel but all that wasted packaging!

Although more recent acquisitions, these too have become treasured possessions. My original Hero 2, still going strong, has been on many adventures and scrapes with me. The GoPro Hero 5 blacks’ have been in environments ranging from tropical rainforests to mountain summit glacier fields and from African deserts to wonderful coral reefs.  Nowadays, they are mainly put to work on Arwen or as ‘travel vlog’ recording cameras.

However, there has been a recent addition to the camera bag. I’ve finally succumbed and bought a new GoPro camera; by-passing Hero 6, 7 and 8 and plumbing immediately for the latest edition, the GoPro Hero 9 Black.  It is early days, I am only just playing about with the buttons, menus, pre-sets etc but so far, I am impressed. 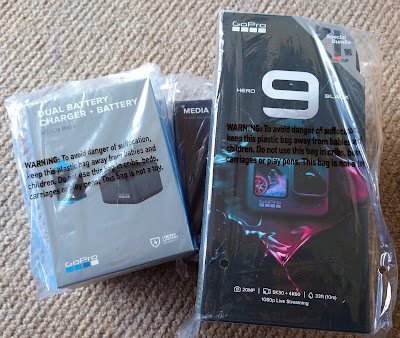 Over the Christmas period, I will get out on the mountain bike over Dartmoor, use it onboard Arwen in Plymouth Sound and use it on our next trip/tour in Bryony, our new motorhome, to get a better feel for it and I will post my further findings as a post script on this blog.  My cameras are well looked after but they do get a hammering throughout the year, so the GoPro 9 will be put through its paces! 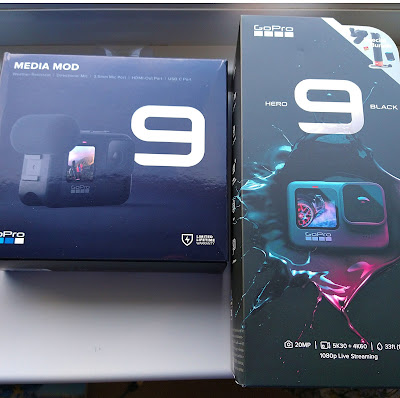 Firstly, price. I managed to get a bargain by opting for the GoPro Hero 9 Black package on offer from GoPro themselves. This was the camera, a year’s GoPro subscription service, a GoPro handle, battery and spare battery and 32Gb sim card along with some mounts including a magnetic one. Catching some last-minute heavy discounting on Cyber Monday, I added to the package the media mod pack and three other batteries and a two-battery charger unit. In total I saved just over £300 on the complete set of equipment. Finally, I managed to be in the right place at the right time. An hour later and all the deals were finished and gone, prices had returned to their normal retail level. 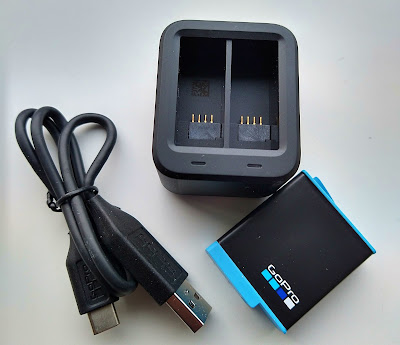 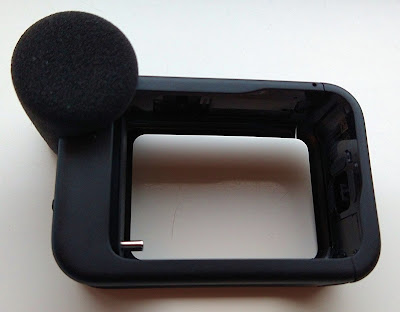 Anyway, here are the basic spec’s: 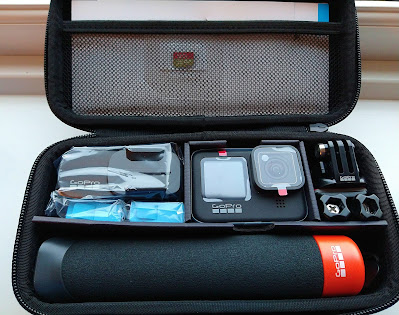 The pros I have identified so far:

·        Useful colour front display that shows either a preview or the actual settings of the video/photo function in use; makes vlogging and shot composition far easier – a real winner for me

·        5K/30 video capture and 20 MP sensor leading to high quality images. Although I haven’t tested this yet I should be able to crop in further during editing for precise framing. In the meantime, first impression is that exposures are well judged and colouring fairly accurate. Footage is detailed.

·        The new sensor size allows the grabbing of 14.7 MP stills from video footage – a resolution that is good enough for print as well as the internet

·        HyperSmooth 3.0 boost mode gives very smooth footage given it is a non-gimbaled camera; very impressive in Linear view when horizon levelling is switched on

·        Hindsight and Liveburst allow the shooting of video and photos before you even press the shutter button – I know its hard to get your head around that but it works! No more missed shots of jumping Atlantic Blue Tuna

·        The subscription that came with the bundle gives unlimited cloud storage, discounts in the GoPro store and total camera replacement if it gets damaged out on a shoot. You can also get trade in discounts on older gear for new

·        Larger mode and shutter buttons – much easier to operate

·        Schedule Capture means I can set up the shot, leave the camera outside, go to bed and not have to get up to capture the sun-rise next morning. Sounds a brilliant idea

The cons initially irritating me:

·        The rear screen interface speed feels laggy compared to the old Hero 5. There are so many setting choices that you need to be very careful with finger placement. I’m finding some gestures are ignored on occasions.

·        5K/30 requires use of HEVC codec and so far, I have only shot in 2.7K – so I need to check that my laptop and editing software can cope with these higher resolutions.

·        Doesn’t fit some of the older accessories as well because of the extra size e.g. my head and back straps, for example, require additional mount pieces for the Hero 9

·        My camera seems to overheat. Others are reporting the same issue 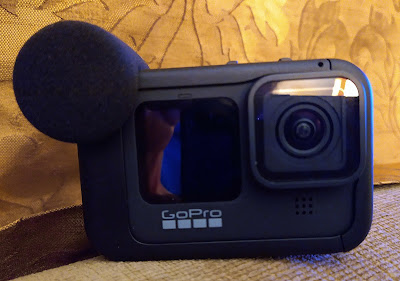 Finally, GoPro if you ever happen across tis blog and read this post....'what's with the excessive packaging dudes?" 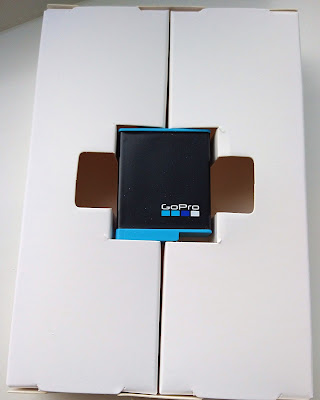 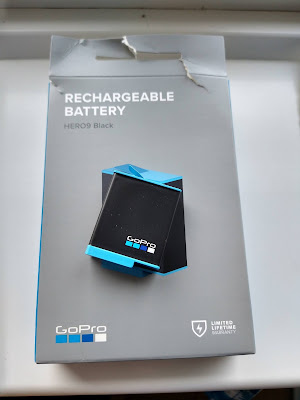 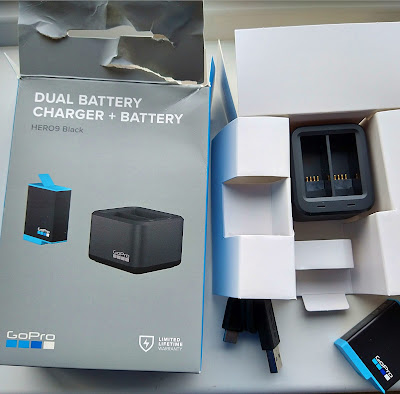 Sort it out GoPro - there is a climate change crisis you know - get with the sustainability programme please!
Posted by steve at 22:12 2 comments: