is off on a raid - all the details here

and here is the taster video - looks a great sailing area

So I was late out feeding the garden critters this morning - talk about hard stares! Oh the guilt and to cap it all, squirrel Nutkin decided to show his displeasure by biting off the stems of the sunflowers so that they collapsed onto the veg box , from where he could attack the heads.

Ever watched a squirrel try and carry a 2' long piece of sunflower stem with head up 32 garden steps? A hilarious start to breakfast outside at the coffee table. 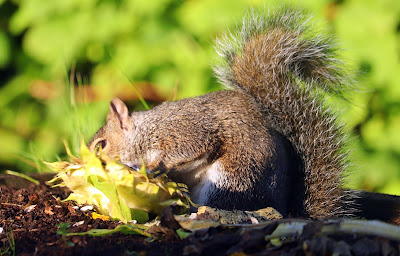 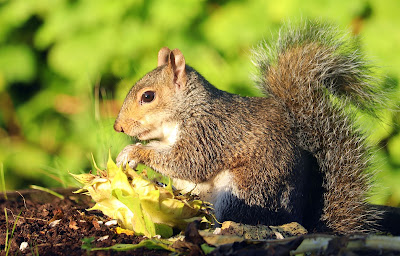 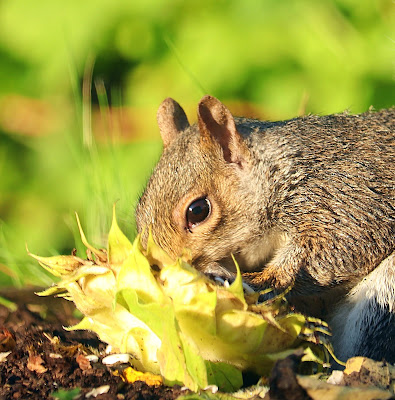 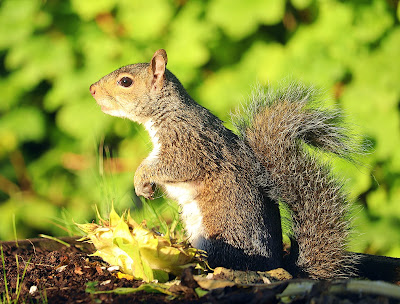 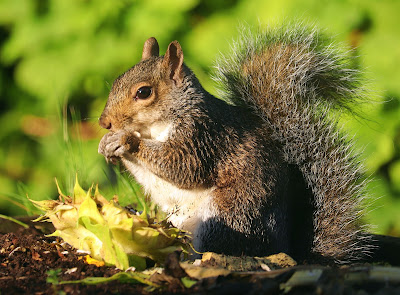 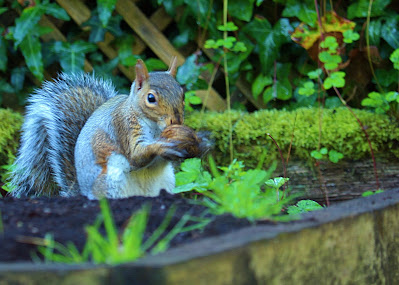 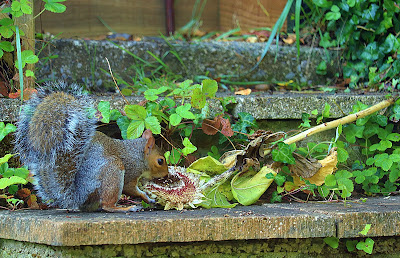 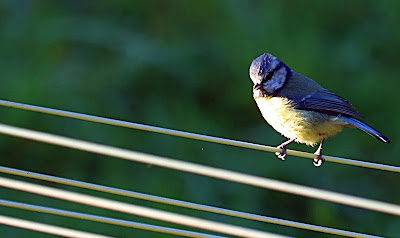 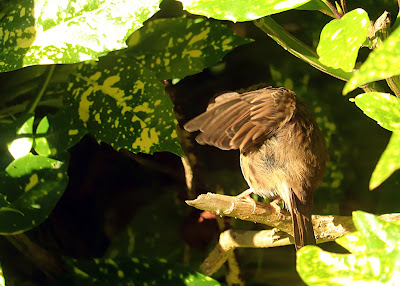 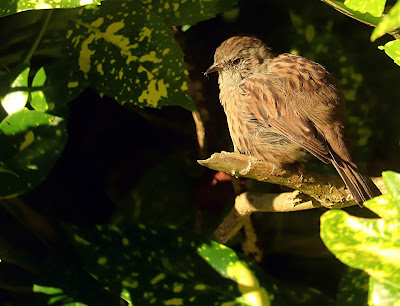 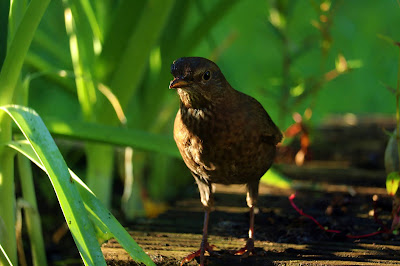 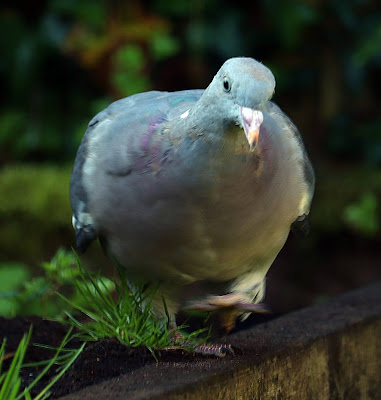 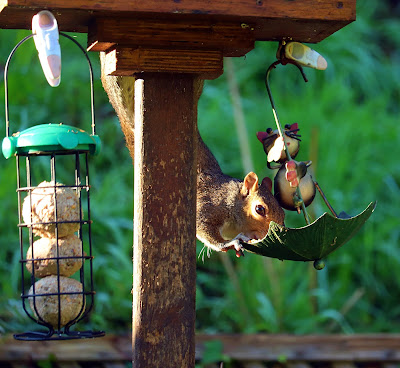 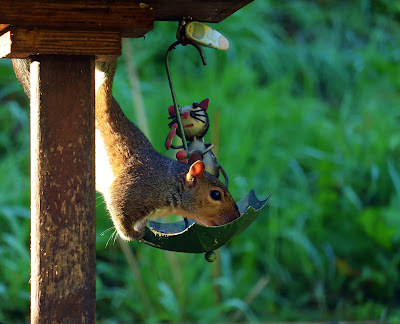 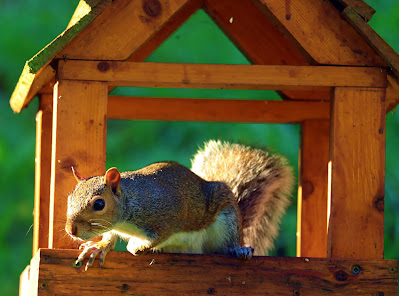 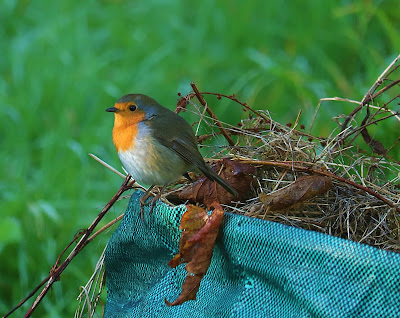 Snatching a day on the water tomorrow. High tide at 11.08 am 4.5 m.  Winds backing from NE around to WSW during the day with general winds around 3 - 7 kts and gusts around 8 - 12 kts. Visibility will be good all day and cloud will build during the day. Sea state will be smooth to slight.

I'm aiming to sail around to Whitsand Bay, to the west of Rame Head and then anyway a few miles off shore eastwards towards the Great Mewstone near Wembury Bay. I'm hoping that the tuna, dolphin and gannets will still be around.

Launching from QAB, I'm hoping to be on the water by 0730 and I will actually motor out across the sound as winds will be very light at that time of the morning.

One of the aims tomorrow is to shoot a considerable amount of B roll footage for future vlogs. I never get time on a sailing trip day to just do simple things like shooting the raising and dropping of sails etc. So, once clear of the breakwater I will spend some time filming different aspects of sailing Arwen and getting the close ups of various aspects of boat work.

I might also go over to Cawsand, anchor off the beach using either the beach buddy bungee or rigging a simple pulley system through two anchor and grab myself a coffee if the hotel cafe terrace is still open.

I'm not planning on actually creating a vlog from this trip tomorrow though.

Let's hope I spot lots of reeling diving gannets over a shoal of tuna being chased by a pod of cetaceans.

A very early start - launching on the ramp at 06.30. An omen of the day was watching two blue trailer rollers suddenly drop off the trailer as I drove it back up the slipway. They rolled the length of the slip but I was able to retrieve them. An inspection of the trailer shows that all the split pins and discs which hold the rollers on their bars have corroded away - so today I must source 16 discs and 8 split pins asap!

The predicted 7 kts winds never materialised. It was gentle winds or no wind at all all day. Still a bad day on the water is better than a day teaching in school....especially under the current circumstances. 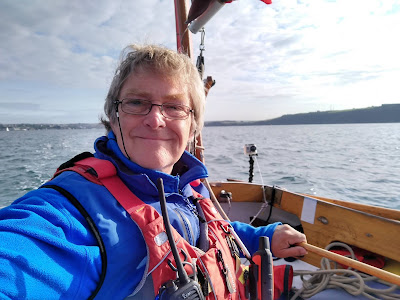 Frustration doesn't sum up the day. After a quick glimpse of a small dolphin just off Rame Head, nothing for a couple of hours. Two sunfish, another dolphin.

And then an extremely frustrating hour - four miles off shore drifting along in the tidal currents eastwards towards Whitesand Bay I could hear several 'blows' of whales. Despite the sea state being smooth, I couldn't see anything. And then a two second glimpse of a large back in the distance just past Rame and that was it.

Several hours later light wind sailing and drifting about and nothing.

But at least I know why - wrong time and wrong place - they were all partying off Fowey.

Enjoy Lone Kayaker's blog - he is a clever, clever man.

In the meantime, I'm off to the local trailer parts supplier. This afternoon is earmarked for some trailer maintenance! 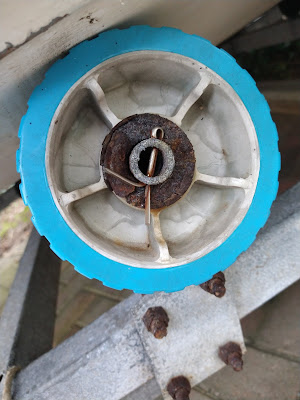 I've been tinkering with the sprit boom. Two smaller blocks and 4mm halyard thickness for the snotter. I have also rechecked the position of the snotter attachment on the mast and have put in two positions - the original fixed one and above it a rope lashing that can slide up and down the mast.

We will see if these minor adjustments help next trip out.