Passage planning: teaching myself.......or not as the case may be!

I’m an educationalist. Rumour has it I know a thing or two about teaching, learning and education. Well, I’d forgotten how hard it is to learn something completely new when you have few previous experiences to draw upon. Take passage planning, for example. I’m teaching it myself. I expect many will say...”so what, no problem, basic common sense”.........well maybe......but remembering it all; having a systematic approach on going about it.......that takes time to internalise doesn’t it?


I’ve found three really useful books – I’m sure there are many more....but these I like. 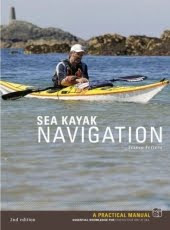 I like its simple style, informative diagrams and simple end of chapter tasks that help you practice what you’ve just read.

Another one I like and have found easy to understand is Inshore Navigation by Tom Cunliffe Wiley (Nautical Press ISBN 9780470753897). It’s informative, with a nice writing style and good illustrations. 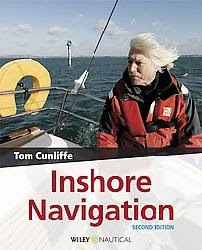 Finally the third one is a useful reference book REED’s Skipper’s Handbook for sail and power (Adlard Cole Nautical ISBN: 9780713683387). It’s just a simple mine of information for when you’ve forgotten what you’ve just learned. 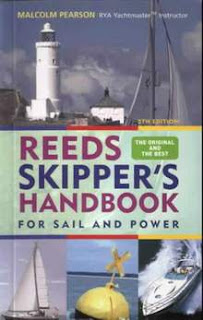 So where am I now on my massive learning journey?


Well I’m about to plan my first passage plan proper for going up the Lynher which I will attempt sometime over the next few weeks. Basic things I’m learning/grappling with:

2. Knowing my chart symbols and get really familiar with them and checking them off as I sail along

4. Remembering to measure distance on the chart off the side latitude scale and because of the way charts are drawn – measuring distance using the scale opposite to the point where you are measuring.....ah! 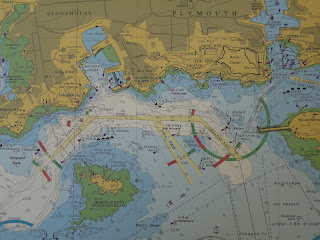 5. Carrying an OS map as well as the chart – you never know when you may decide to beach and explore......something else to add to Arwen’s equipment list

6. Doing as much chart and planning work as you can at home before you go e.g. tide calculations, chart corrections etc. Steve Earley with his Log of Spartina, has always impressed me and been my role model (he may not know that!) with his thorough approach, even to downloading aerial photographs of his passages......I like that thinking

7. Carrying chart work equipment in the boat in case you have to change plans; having a waterproof notebook. I’ve stuck white sticky back plastic onto my box lid (in the box is binoculars, chart stuff; sunnies; etc – stuff I need immediate access to). The lid forms a good work platform and chinagraph pencil rubs off sticky back plastic with no problem – I got that tip from the Kayaking navigation book! 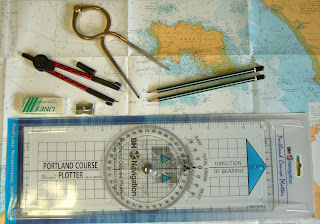 8. A tip I picked up from one book was to draw extra lat and long lines on the chart (I use admiralty tough charts – A3 and waterproof). It helps enormously.


9. I’ve got in my head all about tides, their formation and tide types – semi diurnal etc – useful to know and I’m pretty familiar with using tide tables to get tide times and heights as I did lots of fishing until work took over my life...as it does! 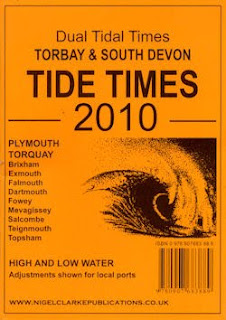 10. Tidal streams – beginning to get to grips with.....I think. Tides are a nightmare for me – I learned to sail in the Med – little tide.........coming alongside pontoons, picking up buoys......terrifying when you have to try and work out which is stronger......so many permutations and never been shown any tactics or what to do ......insane! There are lots of new things I didn’t know – I never realised that you can assume, safely that the speed of tidal streams is half as fast at neaps as it is at springs – makes sense...but I’d never thought about it before. I hadn’t really twigged that tidal streams inshore will follow the coastline.....I knew it because it affects fishing but I’d never thought about it before. There was a nice tip in one book about cutting out tidal stream maps for your area and laminating them as they never change – so stop buying an almanac each year. The tidal stream figures are in two sets of paired figures – the first pair is the neap speed in tenths of a knot; the second pair is the spring speed. Each map has a time after HW at a certain port. Those tidal graphs and that interpolation stuff – nope – still grappling with that one! I’ve got how to use tidal diamonds on charts in my head and relating them to the table elsewhere on the chart. 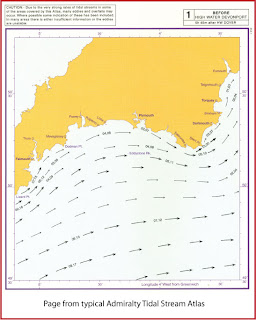 
12. I understand tidal range and how to calculate it – I’ve started to better understand tidal heights on charts and the drying out heights. I’ve got to remember that underlined figures and green shading = drying out heights so 5.4m would mean that is the drying height at that point - covered at high water but drying out when sea level reached 5.4m – that point would dry out......at least I think that’s right – may need to check that again! I once had a tiny dinghy I fished from called pugwash......I sort of inherited it partly built and finished it off – a selway fisher highland 12. The number of times I ended up dried out on Salcombe mudflats because I didn’t get those damn drying out tide numbers and calculations right.....so humiliating! Then there is the rule of twelfths....another damn rule! So......in first hr it comes in 1/12th of its range; 2/12ths of its range in second hour; 3/12ths in 3 hr;3/12ths in fourth hour; 2/12ths in fifth hr and 1/12th in last hour. Hmmm! I feel more maths coming on again! Given that Arwen only draws 2’ 6” with centre board down – does it matter? Probably!
13. Time-distance calculations – wow. I know we use them when walking (simple Naismith’s rule stuff); now I’ve got to get my head around another lot........if you know what your average boat speed normally is in certain conditions – then it becomes easier....but I’m not sure I’ve got that kind of information yet from sailing in Arwen – it seems to vary each trip!!!!! Anyway, dividing distance by speed will give me a journey length time (15 miles at 3 knots = 5 hours); on top of which needs to go hoving to for eating, or whatever. Then there is dead reckoning.....so sailing at 6 knots for 30 minutes = a distance of 3 nautical miles. The sea kayaking book had a great idea which I am going to do – a dead reckoning chart which has distance down one side and speed in knots along the other – all the calculations are done so avoiding some mental maths when you are tired and wet – good idea!


14. Confirming your position regularly using fix’s is critical...........sailing around Plymouth sound is dead easy and you can fall into a sense of false security.....I tend to mentally check off where I am etc but rarely worry about speed distance, leeway etc – well that’s going to have to change! Firstly there are the little symbols you draw on the chart – a dot in a circle for an accurate fix; a circle with two bearing lines through it at angles corresponding with bearings fix; a line with a arrow across it for showing water track and course to steer; a line you are moving along with a little dash drawn across at right angles to show dead reckoning position....and so it goes on – there is a complete coded language to learn here!

15. Transits – yep – beginning to use them and understand how they work...a line between two visible and prominent land features....lined up – give me a bearing on which to sail; also allow me to work out leeway drift etc; can also do them fore and aft and see how much I am being swept to one side.....got that I think! Can use transits as well as a fix – where they cross the line I am sailing along – tells me where I am on the chart – yep – got that as well!


16. Lights and buoys – no problem – got all them including cardinal marks, lateral marks etc; recognise them on charts and understand the different shapes; beginning to interpret chart codes alongside them regarding the number of flashes etc 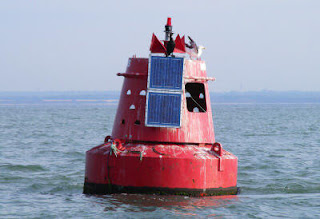 17. Compass – I know the basics here as an experienced mountaineer. It’s the same principles. Variation is the same principle – adding or subtracting it depending what it says on chart and where your location is. ERROR WEST, COMPASS BEST; ERROR EAST, COMPASS LEAST – yep – nice little reminder! I understand difference between true and magnetic and the need to be careful distinguishing between two on a chart (T) or (M).


18. Chart work – I’m having nightmares here.....real ones..........I see Breton plotters floating before my eyes! Laying off a course is the straight line you put on the chart between the two points you are sailing between. I know how to read a bearing along that line using the Portland plotter – same principle as a mountaineering compass.....no problems there. I now have the true bearing which I turn into a magnetic bearing and this becomes my course to steer. It’s an entire new language to assimilate!!!!!! I struggle to understand English and welsh....never mind sailing jargon!

19. Getting fixes based on bearings......I sort of understand the philosophy and mechanics because its similar to mountaineering in some ways. I take a bearing on a land mark; convert it back to a true bearing; lay it off as a line on the chart. I take another bearing on another landmark as close to 90 degrees angle from the other one as I can and convert and lay that off on chart – where the two lines cross is my fix.............it seems so easy saying it......it seems a little more complicated when I’m hove to trying it out! I hope I don’t need rescuing because i’m slightly confused about this business of telling someone else your position....latitude and longitude – fine; bearing and distance...well is it ‘bearing from eddystone lighthouse is......X at distance of ....Y’ or is it ‘eddystone lighthouse is on bearing X from me at distance of Y’...........um....does it actually matter?


I would like to say that I am well into understanding how to calculate leeway and make allowances for wind and tide on a course but I’d be lying.......at the moment it’s a step too far........I need to internalise all of the above – practice it in next couple of weeks and then perhaps start looking further at passage planning.....I am all new to this you know!

Sorry for the long blog - not a rant you understand.....but a sort of wow - such a high learning curve....I love learning new things...but my poor brain doesn't retain as much as it used to!

Steve - looks like you've made a good start, don't worry it gets easier after the first 20 years or so!!