‘So where are you with ‘Stacey’’ someone asked recently. A good question I thought. Progress on ‘Stacey’ has stalled slightly after some of the big setbacks already reported in the blog. Let’s think.....


1. A motor scooter specialist MOT guy has confirmed that the floor welding is solid and secure and he’d pass it MOT no problem.


2. Our welder/fabricator reckons he can cut a piece of aluminium the shape of the missing leg shield section and weld it without Damaging the existing paint work.


3. Our sprayers have some of the original spray left and are happy to spray a small section and match it in as best they can.......good job it will be hidden by front mudguard

We have enough spare paint to gently touch up the odd scratch and although we will see instantly where we have done so, anyone not knowing would have to get within a foot of the scoot and know where to look before noticing any touch ups....so that’s good news.

So what about the engine I hear people ask?

Ah. That could be a different issue altogether! You see we have several little issues here and the problem is our lack of experience doesn’t give us any prior knowledge to operate from. Basically we don’t know what things should be like. So, issues from the top are

1. When the rear wheel hub is off the brake arm moves and the brakes expand no problem. When the rear wheel and hub are put back on that arm will not budge a mm. Everyone said we had the wrong brake pads sent to us by Beedspeed. Al at Beedspeed says they are the right ones. We ordered a new set from Allstyles – and same problem! So that needs looking at


2. Gear selector movement seems to be stuck to two positions only – so that needs checking


3. The clutch arm has some play in it and then reaches the end of the play when it becomes completely solid. I don’t know whether we should feel pressure as it depresses the clutch plates or not – so that needs checking


4. The exhaust fitting to the main engine arm is an odd one and if used leaves barely 5mm gap between fixing and front wall of tyre – too close if you accept tyres expand when warm. So we are using a car exhaust U clamp which holds it really securely and gives greater clearance but doesn’t really look pretty

And then there is the slight shock a friend of ours has given us and this is where we’d like some views or comment please! He saw the letters PK on the flywheel and wonders whether or not we have a PK engine in a motovespa? Now being green as grass we wouldn’t know the difference.....so from the photographs below – can anyone tell us whether it is a PK engine or not? Or can you fit a PK flywheel to this kind of engine? The engine number matches what you’d expect for a motovespa of this age....so? Any views – we need all the help we can get.

In the meantime, a real nice gent from one of the vespa forums who lives not far away in Cornwall has offered to take a look at the engine if we pop down and see him one Saturday. A generous offer and we’ll be taking him up on it. There really are some great, kind people out there aren’t there.

Steve
Below are some photographs of the engine in original condition, stripped and reassembled 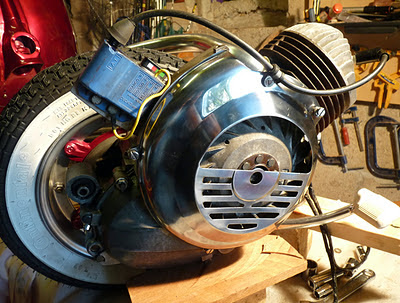 restored but have we done it right? 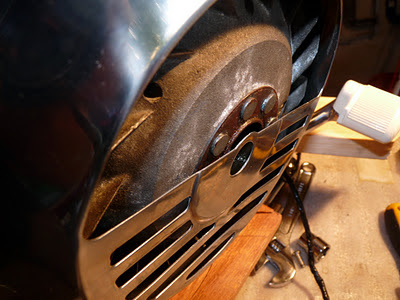 the old flywheel has PK and a number on it - so is this a PK engine? 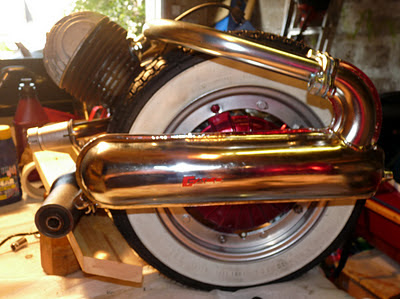 The new exhaust with a problematic engine arm fitting bracket the gear shift arms which seem to have only two positions 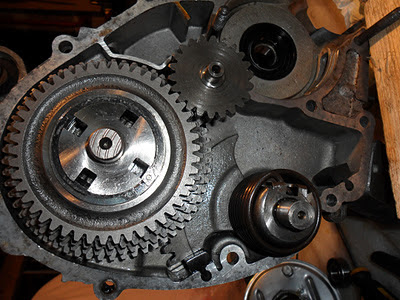 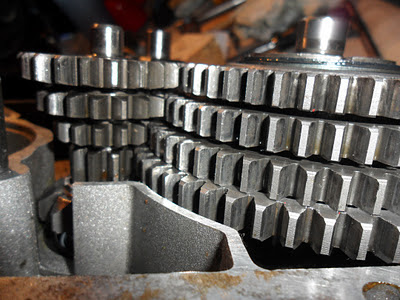 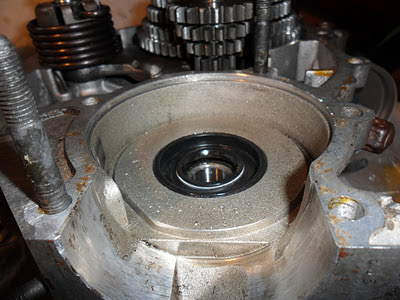 all seals replaced with new ones 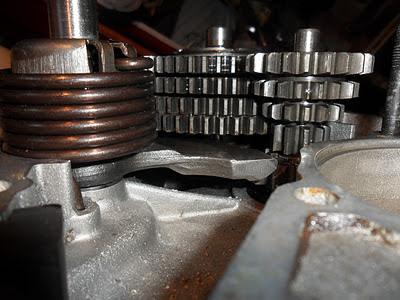 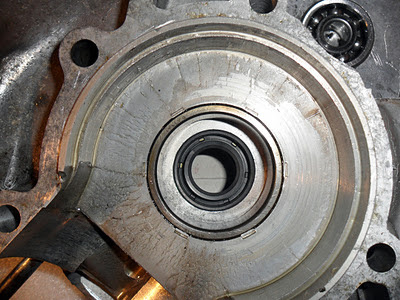 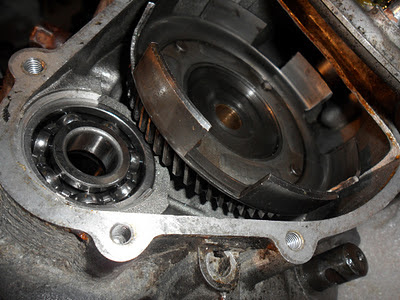 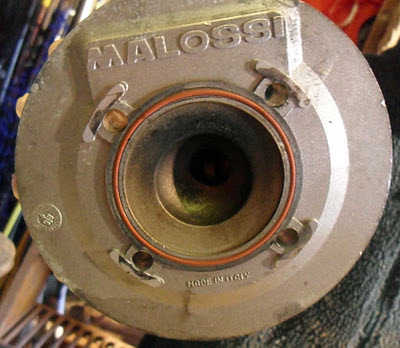 someone did a malossi conversion of some form 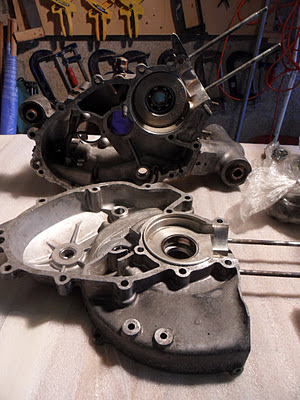 the casings split, stripped and cleaned up 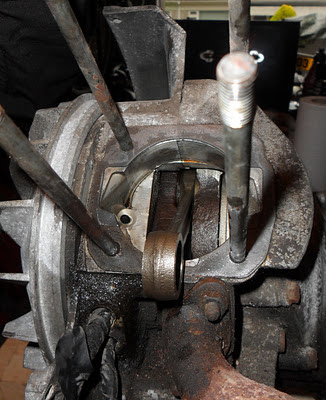 before we split the casings 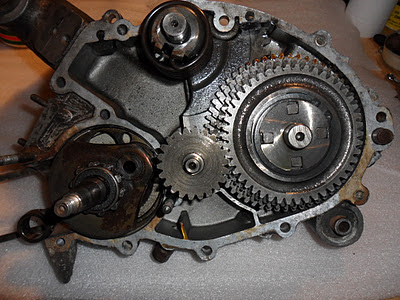 our first look inside 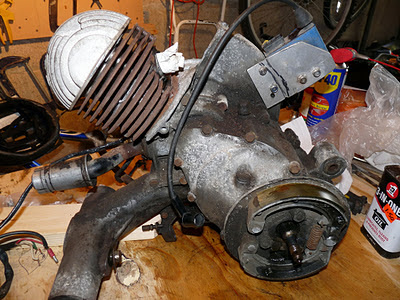 when it first came out of the frame

Steve,
The bottom of the heap gear (cog)looks as if it is not in full mesh with its small cog. It is tight against the face of the adjoining cog whereas the the others are have a space between them. It does not appear correct to me. Is the bottom cog the right way up - does it have have spacer shoulder built into it? Is it in upside down?
Dad

hi dad
yeah it is the right way - we followed Jonny's tutorial precisely and then sent him photographs to check. then in a fit of paranoia we took it apart again and followed the same precise steps and photographs in his tutorial. it all worked exactly as he said before we sealed it up
thanks for the comment though - catch up with you soon. Love to mum
Steve

hi dad
yeah it is the right way - we followed Jonny's tutorial precisely and then sent him photographs to check. then in a fit of paranoia we took it apart again and followed the same precise steps and photographs in his tutorial. it all worked exactly as he said before we sealed it up
thanks for the comment though - catch up with you soon. Love to mum
Steve