One of the joys of retirement. I have more time to do the garden!
To this end, I recently regained control of the upper garden slopes and woodland. Several days were spent bush cutting down the brambles, bracken and overgrowth. some brambles were over an inch in diameter, mega beasties! 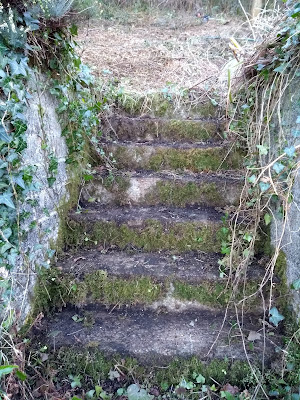 The steepness makes it treacherous under foot, particularly an issue when using a bush cutter. but it is done. 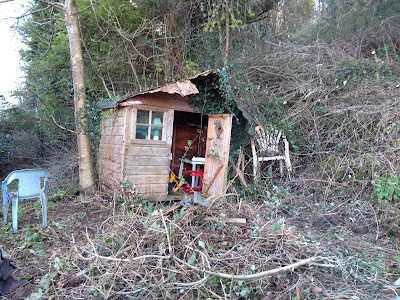 The hazel bushes have been trimmed and felled in places and devon hedged. However, specialist help in the form of a tree surgeon and his team were required for some of the work. Several trees needed felling in order to open up the garden slope. 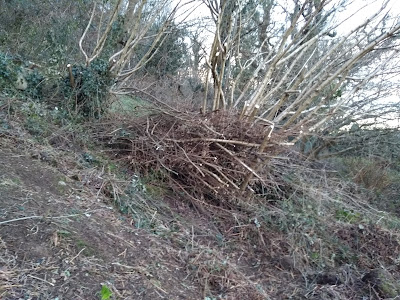 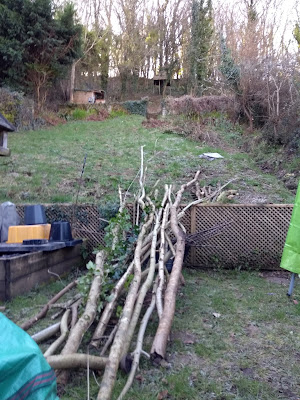 Our aim is to return it to bluebell woodland and to create a green corridor linking several gardens with the field further along the hillside. 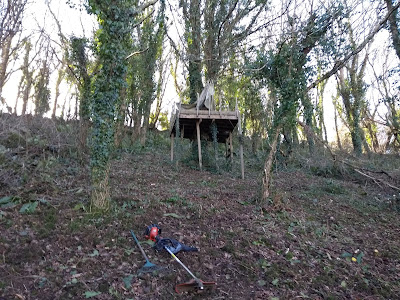 It has been worth the effort. In the last two weeks fallow deer have returned, pheasants have wandered back down the lower garden, the fox is back and wild garlic is now flourishing as ground cover. All in three weeks. Been worth the effort! 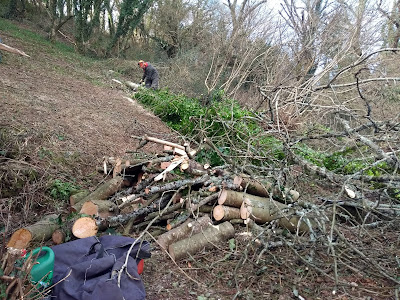 I am feeling guilty about the squirrels though. They are feeling slightly displaced and confused! 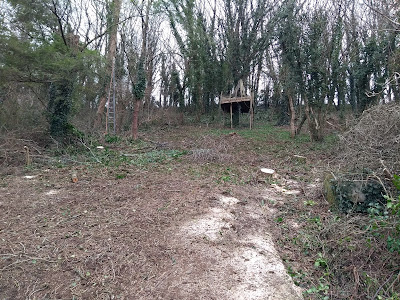 In the meantime, as I finish this blog post, it has been snowing for several hours. This is highly unusual in my neck of the woods, given how south and coastal we are. A stiff easterly gale is causing blizzards periodically and the east facing side of trees are lined with snow giving the woodland a very wintery feel. 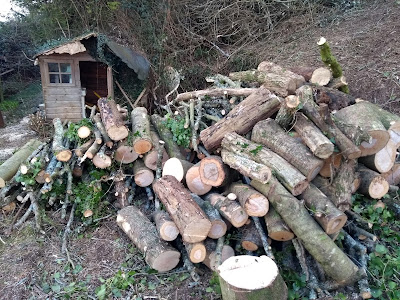