I have to face up to the fact that I am nowhere near as good a sailor as I was mountaineer.
The evidence to support this assertion is overwhelming M'Lud and I beg the court's leave in allowing me to submit the following video evidence to the world wide web jury.
So M'Lud, without further ado, I cite the following failings in seamanship:
'A Bottle of gin and can of tonic' M'Lud, to cure sea sickness? An excellent suggestion M'Lud, thank you, yes Sir, I will take note of it. Is that to be taken before or after being sea sick M'Lud?
Sorry M'Lud, I assure you no flippancy was mean't!
'What have I learned from this sorry debacle of poor seamanship' M'Lud? 'Lessons for next time?'
Still on the positive side.............
I like my new Garmin InReach Explore. 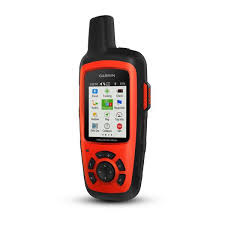 I'll do a complete post on it at a later date when it has been extensively tested but on four long walks, three long bike rides and one disastrous sailing day - it has proved accurate and fun to use. The controls are simple enough to use one handed. The menu screen shows up in bright sunlight; the trip odometer seems accurate as does the compass. The tracking can be set at various intervals and is remarkably accurate. The 'I'm OK' ping messages got through to the boss about 10 seconds after I sent them - far better than my old SPOT device which took up to thirty minutes! The interface between InReach and the mobile phone app works well via bluetooth and doesn't seem to empty the phone battery too quickly.
The downloaded maps are not that good - it will never replace the OS maps app I have on my mobile. Garmin maps are very basic but are accurate when compared to the OS map onscreen. Out at sea, there is no detail on the Garmin map, but it did place Arwen on every occasion, exactly at the correct point, in relation to near land mass and features, as the navionics app showed.
So, is it better than the SPOT - yes in terms of accuracy and speed and other basic features like trip logging details etc; also in terms of the number of messages that can be pre-set up and used (although remember there is a subscription charge for each track - currently 10p per track point recorded an sent. As a basic GPS and compass it is better than my handheld garmin etrex. Its a back up if I lose my mobile phone navionics app - for any reason. You can set waypoints in it back at home via a laptop and then sync it to the InReach - I haven't done this yet.
It also acts as an emergency PLB and the rescue services can send you text message updates about what is happening rescue wise - whilst you are waiting. You can also text them if circumstances allow. You can also cancel an accidental activation of the SOS button as well.
Where it does come into its own is the two way texting that can be done in areas where there is no mobile signal. We did find one such area down near Porthcothan in Cornwall a couple of weeks ago whilst walking and I was able to send and receive texts via the InReach with the boss. Obvious there was a charge for each text sent both ways - but it was reassuring to know that either she or I could get in contact with each other when stuck up a creek or on some tor with no mobile coverage. Which happens more frequently than I care to admit!!
In a few weeks time, I will give a more detailed review but thus far  I like it - but then I am a bit geeky about my gadgets!!
Posted by steve at 00:18

I would say that passage was a great success. I hope you get the opportunity soon to consolidate all that learning by putting it into practice.

Looked like a great day sail, sea sickness apart. Thanks for posting.

Nick, robin, thanks for the confidence boost...appreciated.lots learned ready for next time 😁😱😄