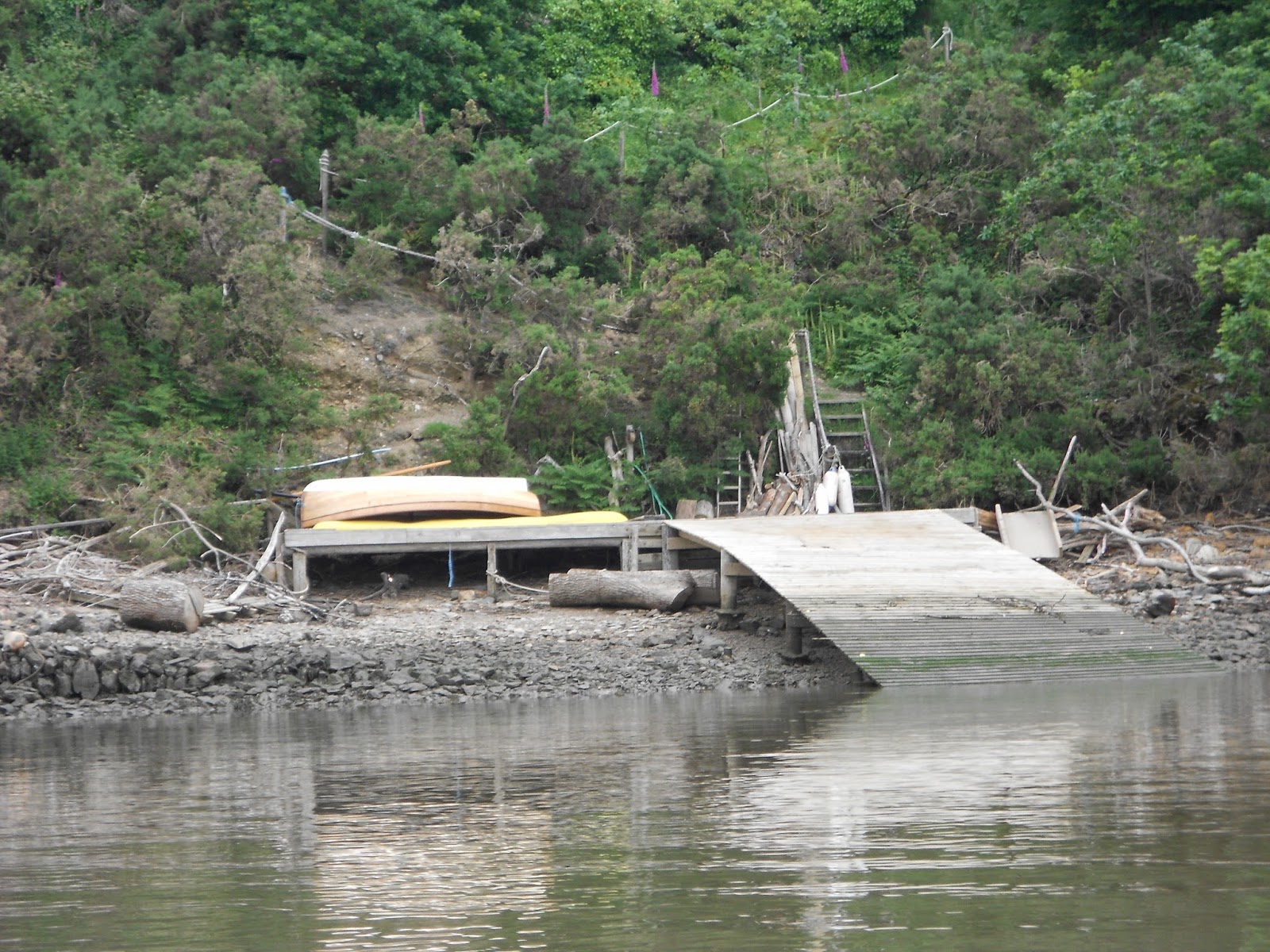 
We were able to pay a visit to Cotehele Quay, a long way up the Tamar. having the quay to ourselves, we were able to go take a close look at Shamrock. 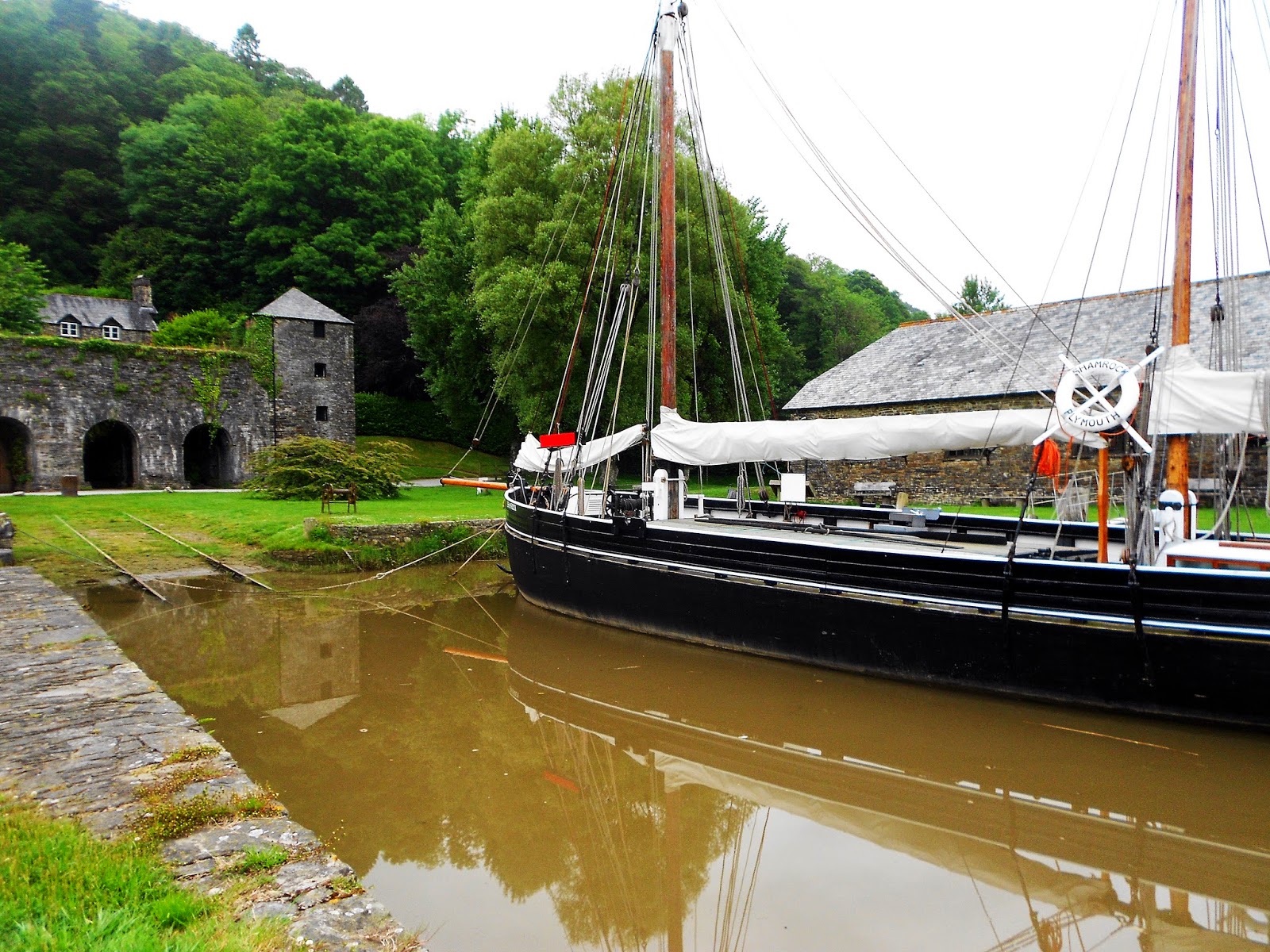 Shamrock, a 17.5m or 57' 6" in old money, was built in the Stonehouse yard of Frederick Hawke as a Ketch rigged Tamar sailing barge in 1899. She has a hold depth of 1.62m (5ft 4in) and a main mast that is 12.5m (42ft) high. Acquired from Hooe Lake in Plymouth, not far from where I live, she was acquired by the National Maritime Museum and in conjunction with the National Trust, taken to Cotehele Quay in 1973 as a restoration project.

The restoration restored Shamrock to as she was after being converted to a coastal vessel in the early 1920's and was completed in 1979. She now has the distinction of being the last working Tamar Sailing barge. 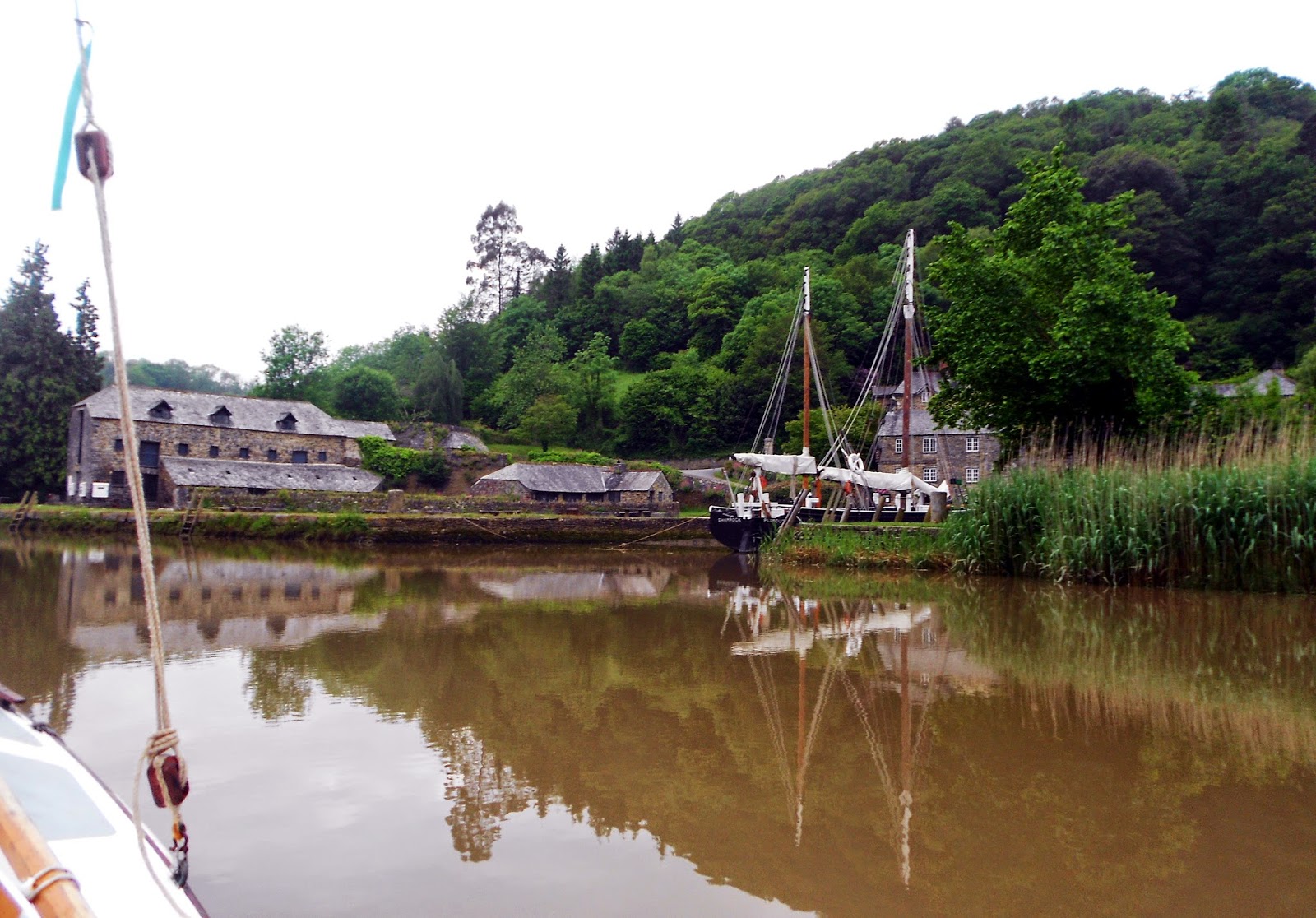 Shamrock was named after the unsuccessful Irish challenger for the 10th America's Cup Race in 1899.   At that time she was considered to be the most advanced Tamar sailing barge ever built; a design which would  carry the maximum cargo for her size on the minimum draft and at the lowest operating and maintenance costs.
Shamrock is now listed on the UK National Historic Ships Register, maintained by the National Maritime Museum, Greenwich, London. 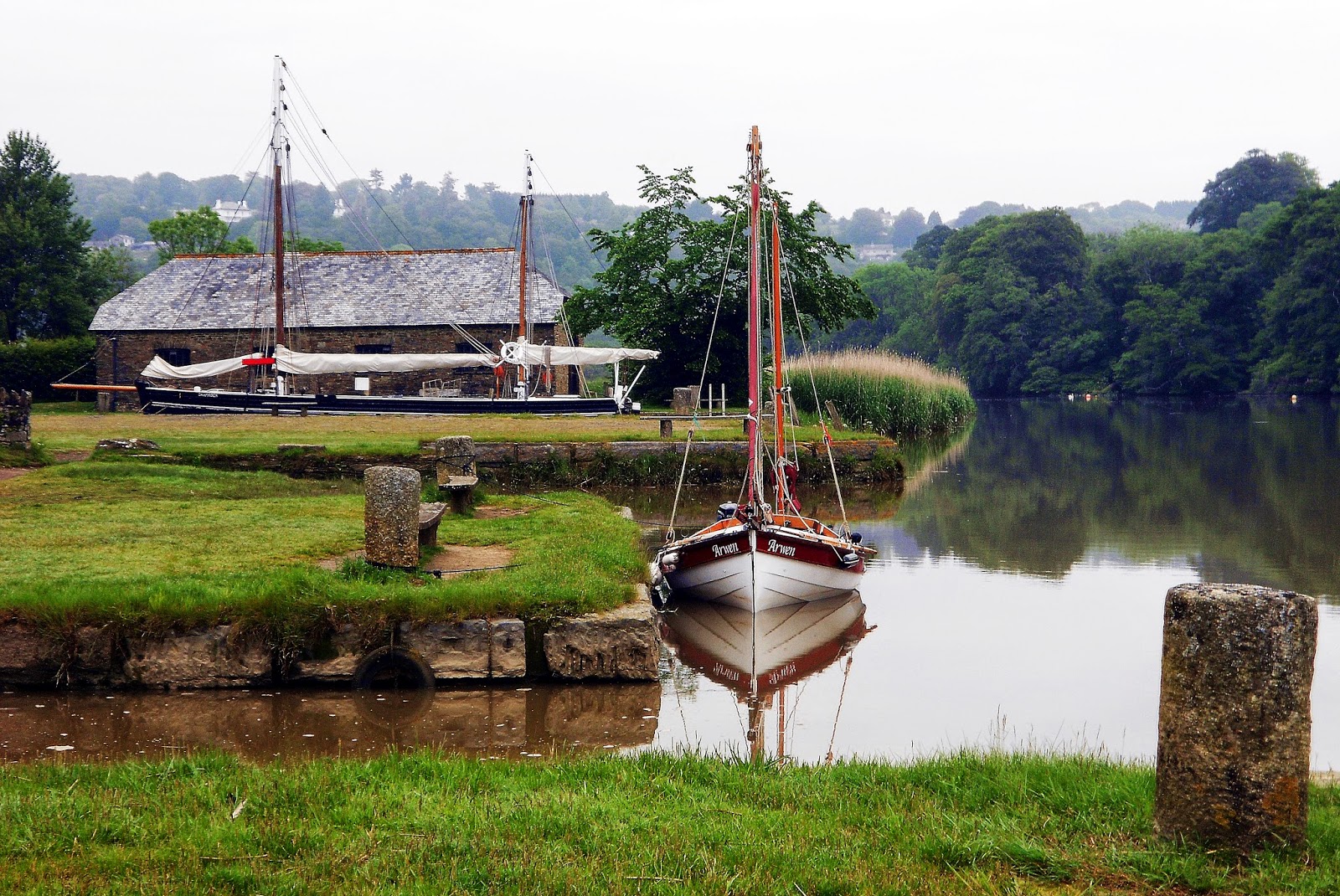 You can find out more about Shamrock at her own blog below.
She is currently jointly owned by the National Trust and the National Maritime Museum.
http://shamrock-cotehele.blogspot.co.uk/p/about-shamrock.html


Cotehele is a medieval/tudor house dating from around 1300. Built by the Edgecumbe family, the house is one of the least altered tudor dwellings in the UK and is decorated with tapestries, suits of armour and oak furniture. There are extensive gardens, old medieval dovecotes and a stewpond. 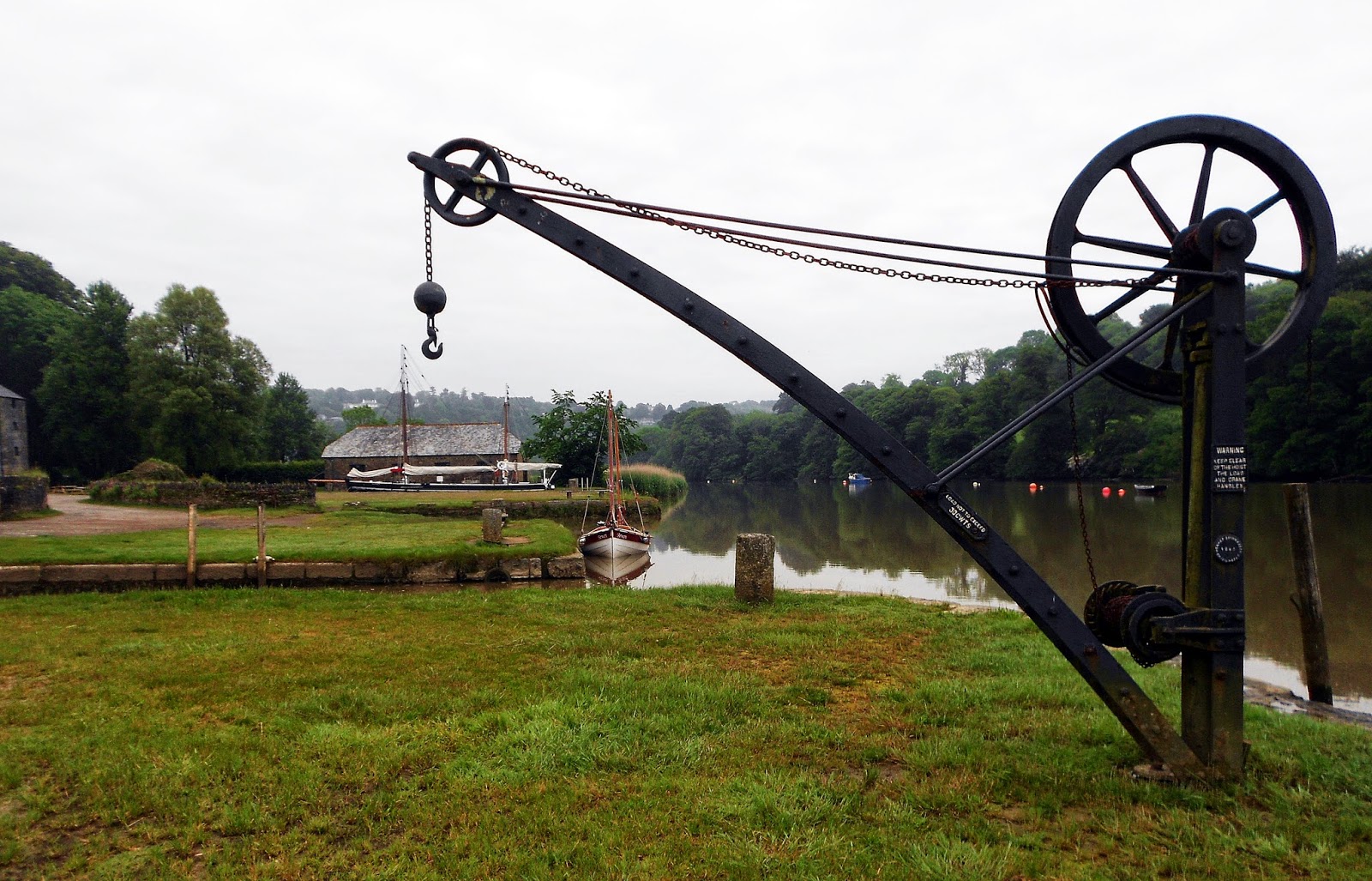 Now visitors come for cream teas; to admire the river views and see ‘Shamrock’ but today it is empty. Its early morning and too early for tourists. Arwen and I tie up at high tide having motored down from Calstock. Birdsong fills the air. ‘Shamrock’ is clean, newly painted and restored. She must have been some sight to see sailing up the river. 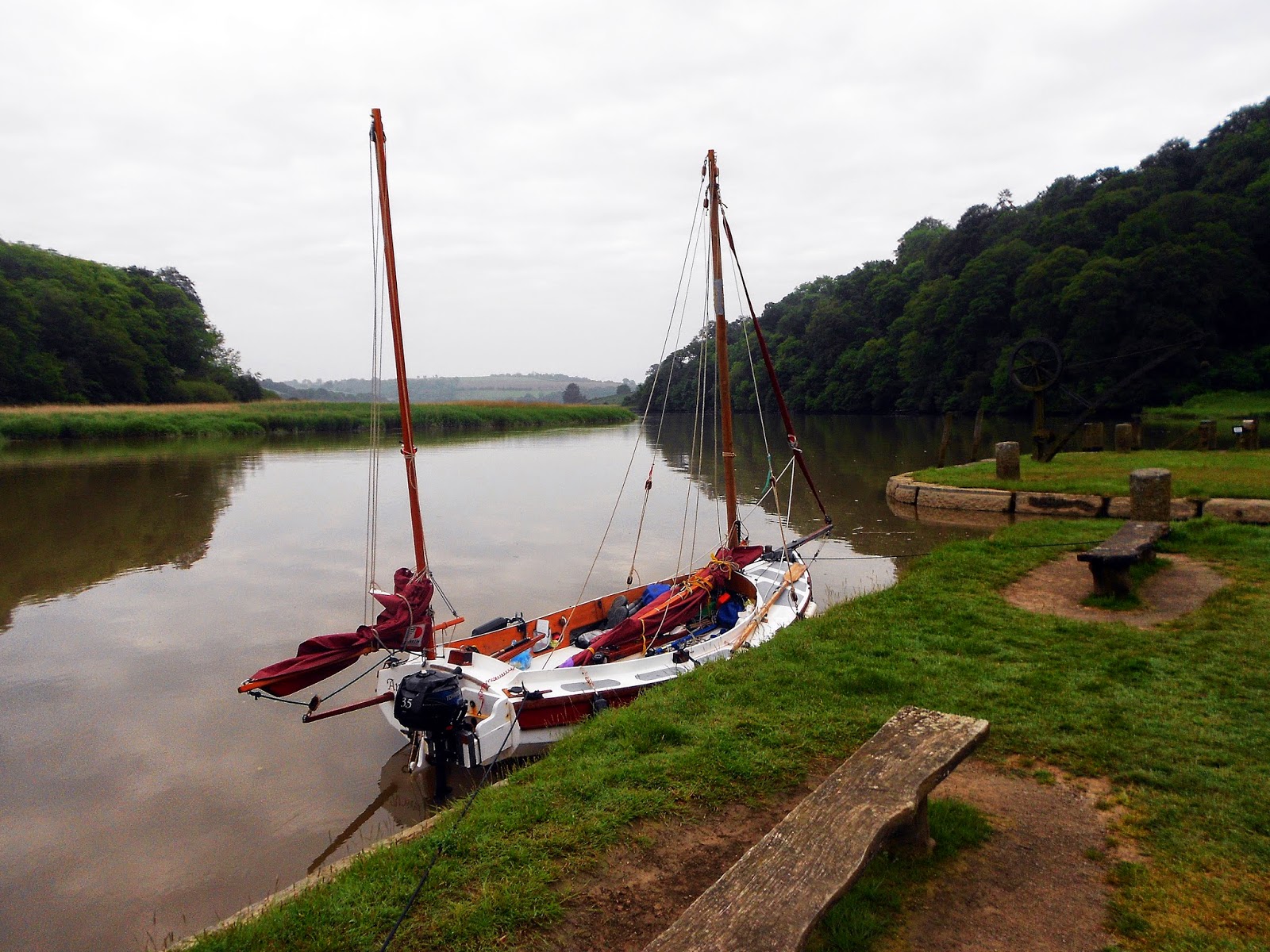 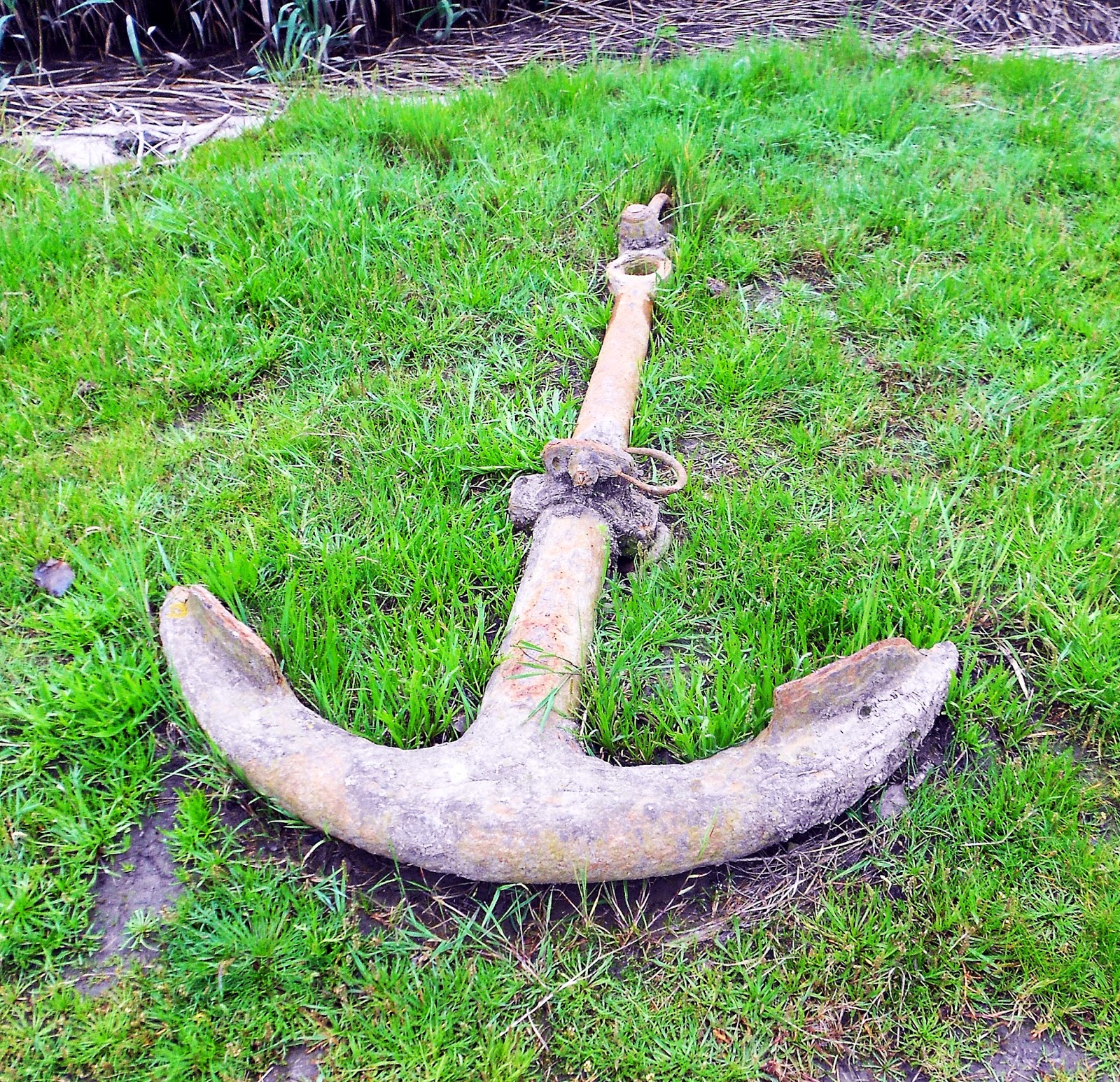 Victoriana relics lie everywhere - the ship bollards with VR and a crown embossed on them; rusting anchors streaked fiery orangery brown, the iron oxidising in the river air, lie on the quayside.  Some of the quays have become overgrown, silted up and colonised by the reeds. The occasional splash of a jumping trout breaks the still silence of the morning air. Another unsuspecting water skimming nymph has just met its maker. The grass is dewy underfoot and every time I board Arwen, a large muddy sandal print is left on her white decks and thwarts. Oops! 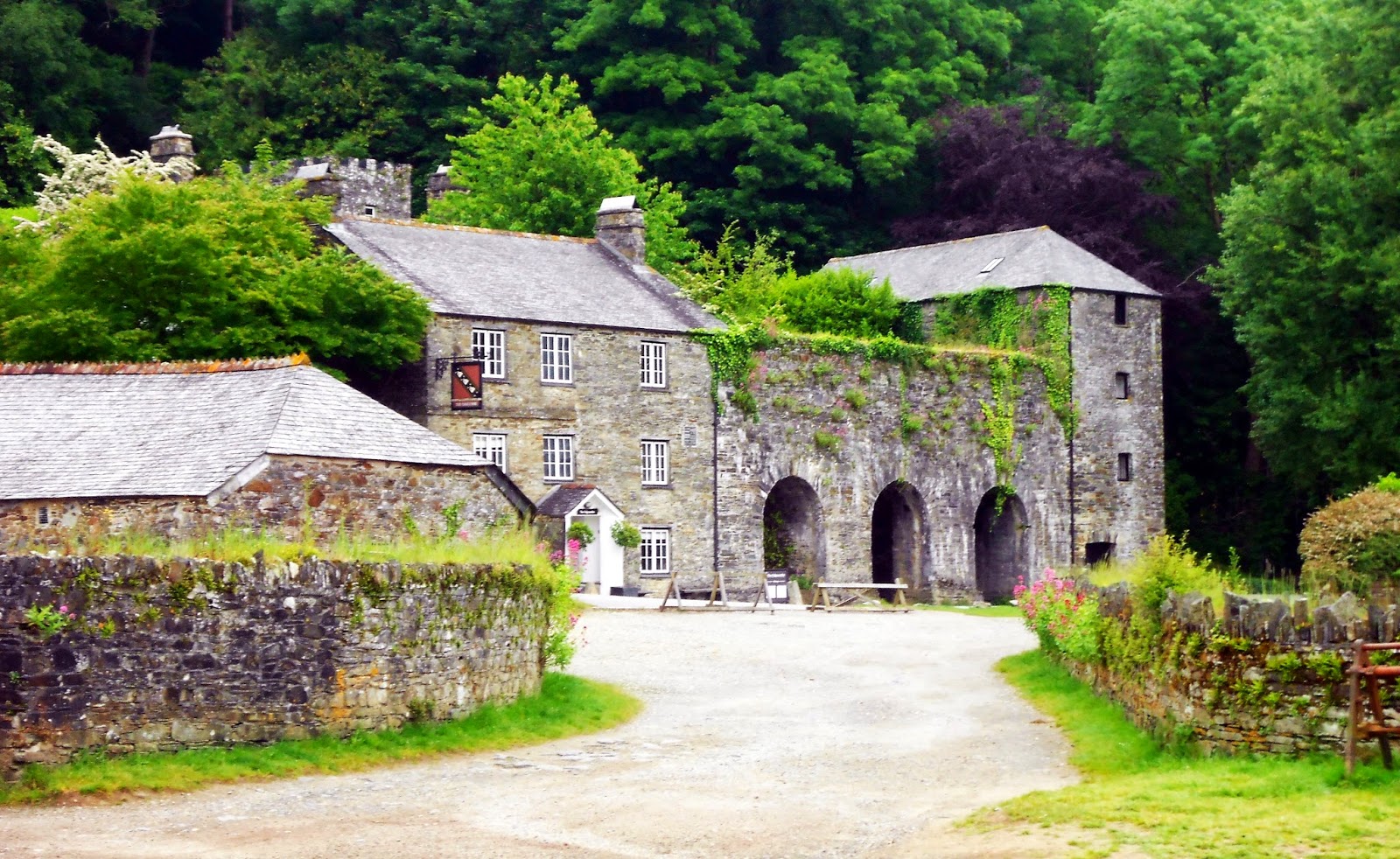 Its peaceful and serene. The old Cornish stone warehouses stand silent; the limekilns disused.  But once, a long time ago, the cobbled stone quay would have been bustling; filled with casks and crates; sacks and metal work; piles of stone ore. Cargo would have been loaded and unloaded using the old crane derrick. 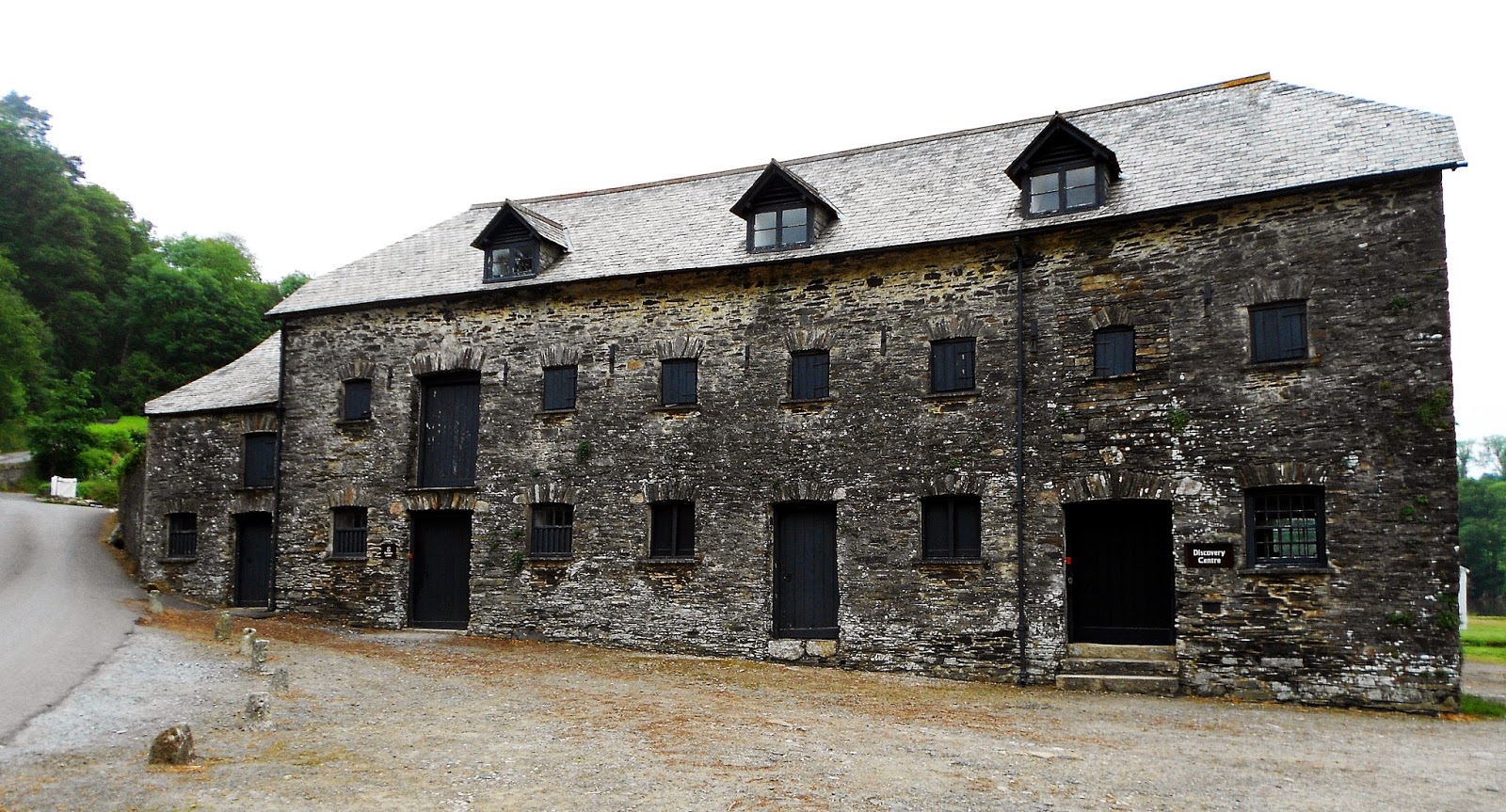 Later old paddle steamers came here to see the famous blossoming orchards and small boats departed carrying farm produce back down river to Devonport market. The Tamar must have been a magical place where boatmen yelled greetings and rural folk met weekly to gossip and bemoan the changing produce prices. 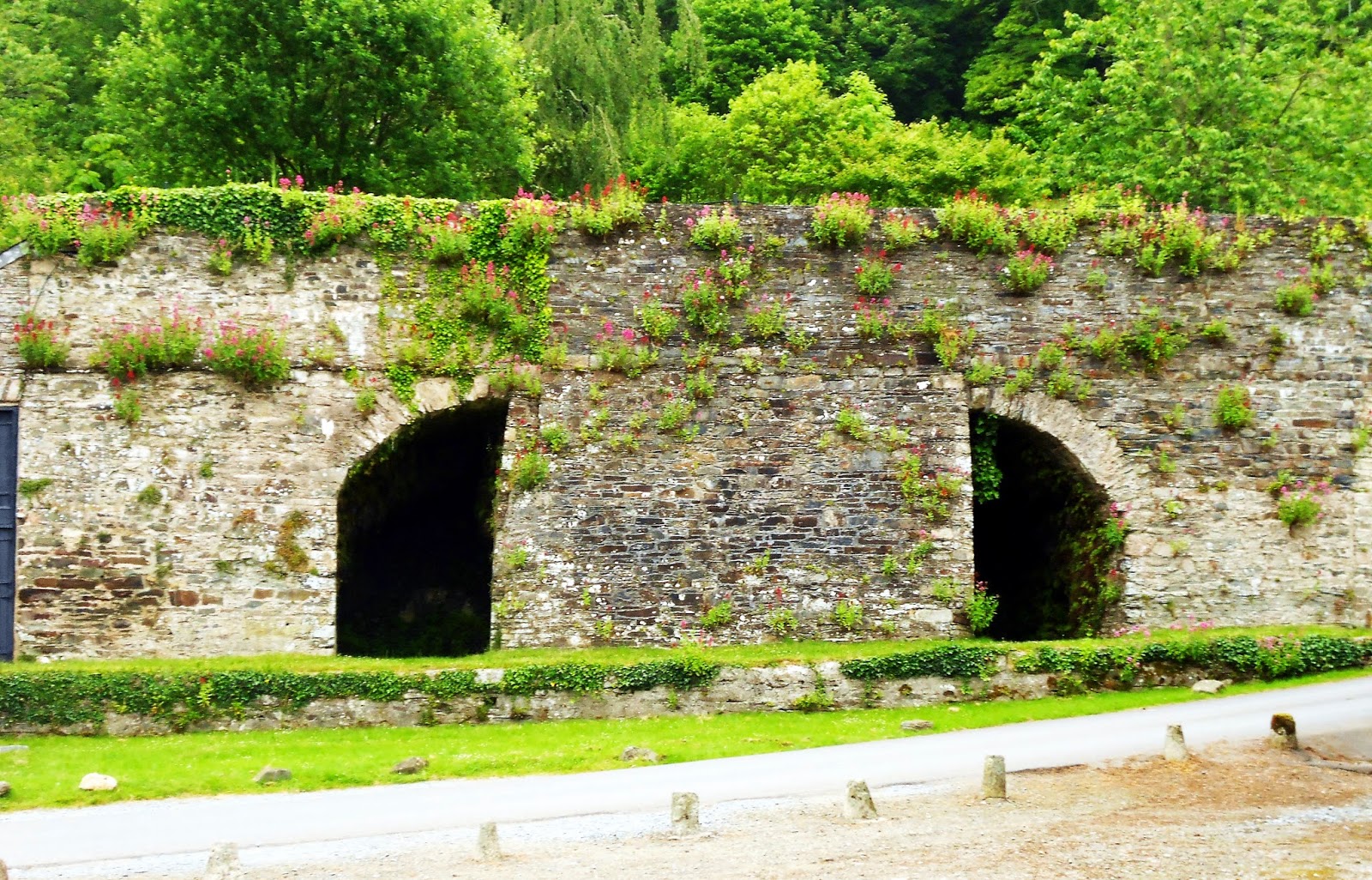 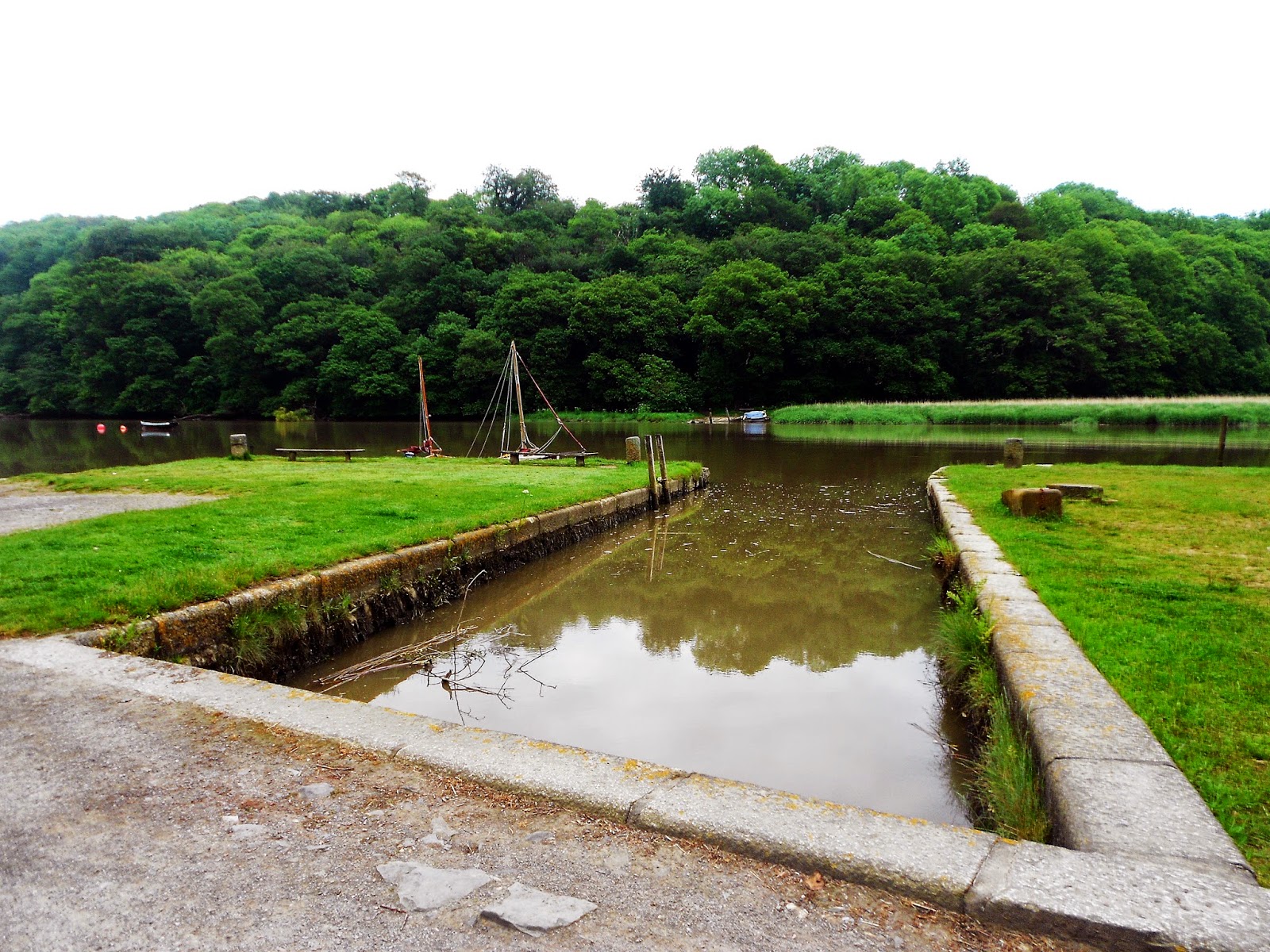 Now swans glide by effortlessly, regal, with barely a wake behind. They remain scrupulously white unlike Arwen which seems to have developed a rather dirty tide mark along her hull. Now that will take some scrubbing off I suspect! 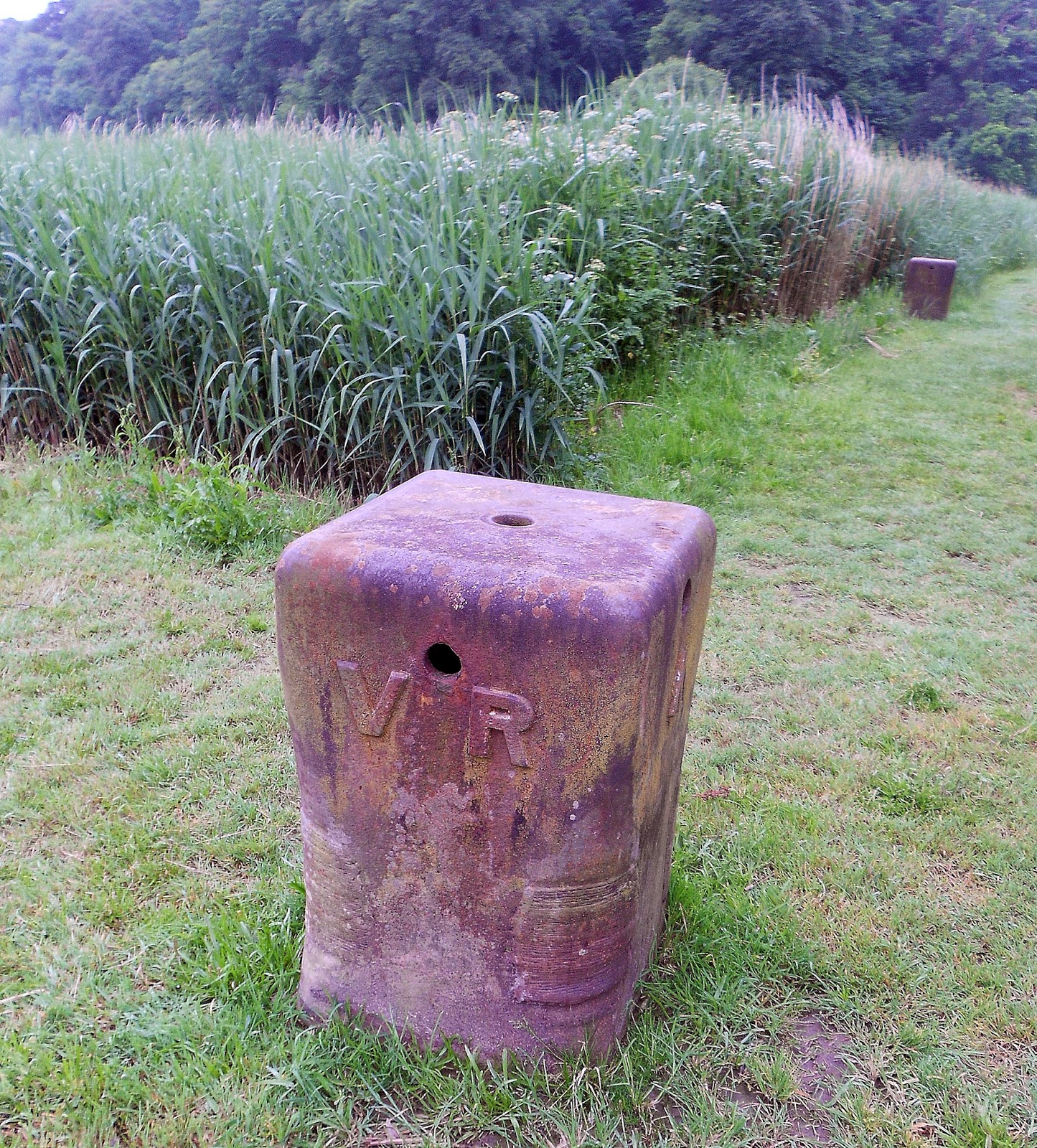