"Stacey" returns with a vengeance

Although this blog is about Arwen, "Stacey"  my son's 1971 motovespa restoration gets a look in.

"Stacey" is finally finished. Yes you did read right.......she's finished.

The throttle now works; it has spring in it returning to its zero position when released.
The speedo works. Originally the end wasn't seated properly and so the cable kept coming loose.
The gears now work and select correctly and actually go in the right order and in the right direction. Remember the saga of them being in wrong way round?
The engine rattle has gone and the sticky throttle cable is no more! We had missed one or two top hats on the cables and it made all the difference.
The brake lights work correctly.
The engine sounds sweet.

And so she's finished.

Two years and many heart breaks on the way; we have gone from this to the last photo 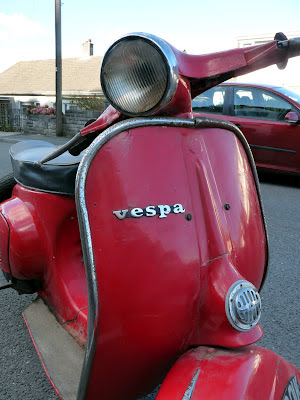 remember this... the first photo of "Stacey" outside her new home 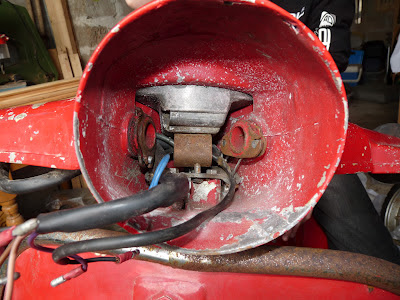 into the garage she went and so the strip down began 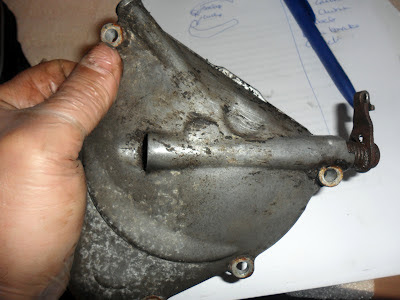 some things took a little fathoming out 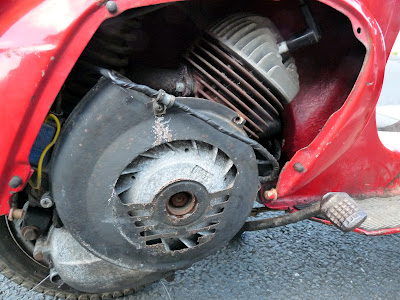 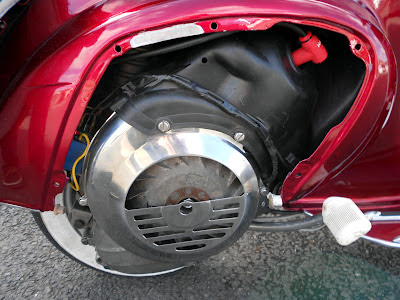 a new paint job was next 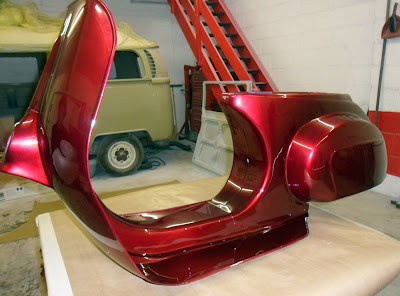 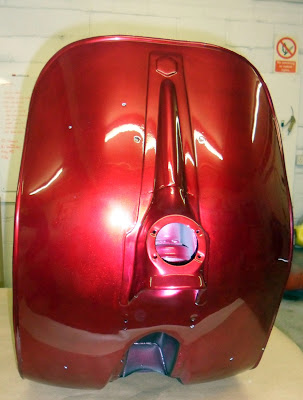 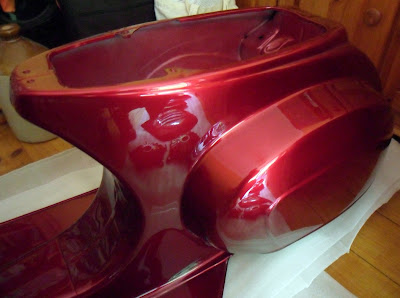 and then it was back to the reassembly process 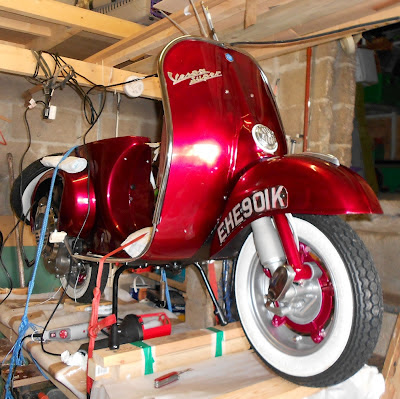 and finally she took shape 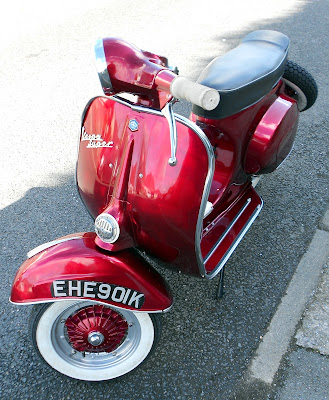 I'd like to say we have managed to do this all ourselves but that would be untrue. the people on the smallframes forum have been saviours so many times. They know who they are.........thanks guys!
Our school caretaker, who is a vespa fan and such a source of inspiration....cheers bud! To my design tech colleague who rescued us at the start - thank you!
And finally, well here is a Christmas story. We were demoralised; baffled; no idea where to turn. we had reached the end. the scooter had beaten us; gears were wrong way round; the speedo didn't work and......and.....and........well you get the picture. We'd been to garages who charged us lots of money and yet did things wrong. Who can forget the kill switch sounding the horn and the horn switch killing the engine?
And just as we were giving up and losing the faith......there came a whisper out of the west. Of a wise man; a man who knew vespas; a magician who could fix things. And lo it came to pass that we journeyed to find this wise man whose star setted over the west of the city.
And he did look at 'Stacey'  and his eyebrows did raiseth....several times....but it was a measure of this wise man that he merely murmured 'well done and remember you don't know what you don't know'. We explained our plight and did make him understand that we could wait for eternity until he had time to look at our motovespa but he merely said he'd look and get back to us.
Time passeth and we heard little; a whisper on the wind that the cables were too long. And then a phone call, all had been put right; 'Stacey' was ready.
To our guardian angel from the west of our fair city; you know who you are......thank you for rescuing us; for giving up so much time to put so many fiddly things right; for taking time away from your young family to help us. Our wise man has turned out to be the Jedi of the scooter kingdom...our 'Yoda'! We cannot begin to put into words sufficient thanks to him.
Stacey is finished and now we have to do our CBT's. We'll let you know how we get on in the new year. In the meantime, everyone have a very merry Christmas and a lovely start to the new year.
Steve, Arwen, Stacey and number one son.
﻿