What do people use their VHF for?


Now that was a question on the DCA open boat site which flummoxed me somewhat initially because I thought the answer was pretty obvious. Then I got to think about it. I read some posts on the openboat forum (The DCA site) and then did a little scuttling around the internet and hey-presto, I’ve learned some more new things! 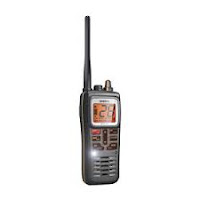 You can use it as a torch and a GPS if it has these inbuilt functions.  (Mine doesn’t but hey when money appears eventually I will replace my current handheld VHF with a floating one plus some gadgets!!)
I use it to contact QAB if I need to on approach back into harbour, checking on slipway conditions and state of tide or whether there are boats launching in the narrow area between the pontoon moorings. I could talk to the lock keeper into Sutton harbour on channel 12 should I feel the urge to take a nosey on in there although I doubt if they allow riffraff like me in there. 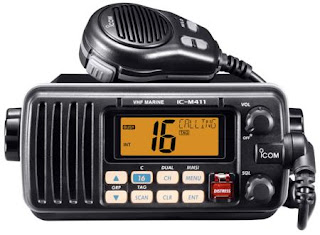 Should I mount something like this in Arwen in a box under the rear deck? Is it needed? What else will I need to add to make it work? Is it worth it?
There is the obvious red button function channel 16. Mine doesn’t send an automatic mayday distress call. I have to do it verbally. However, I do listen on channel 16 when I have cleared the breakwater. Within the breakwater I have it on dual watch – 16 and 14 (port harbour master). In this way I can keep abreast of ship movements, pan-pan, securite and mayday calls. I have sadly heard two mayday calls in my sailing around south west shores both resulting in loss of life. The advantage of the mayday call was all boats in the area started looking for the people who were overboard. I was sailing in the vicinity but was too slow to render any assistance other than to be another pair of eyes scanning a sector of sea area.
Only a few weeks ago whilst sailing in the Penlee area the coastguard broadcast a securite message about keeping a temporary exclusion zone around the tinker buoys because divers had found unexploded WW2 ordnance on the sea floor beneath them! I would have hated being the one sailing over as they exploded (they were 500lb bombs so I expect they’d make a fair old waterspout – can you see it – Arwen rising up on a fountain of water?)
I have on occasions called up the coastguard for weather checks and once for a radio check as I was close inshore and was worried that cliffs would be blocking my signal (they were and I couldn’t make contact on my handheld having to do it instead on a mobile of all things).
Then there are the routine coastguard weather and maritime safety broadcasts. Very useful when I’m camp cruising in deep valleys where there is no mobile reception (it happens!)
I have on one occasion called up an incoming large trawler to get its intentions and used the same radio to report it to the port harbour master for dangerous steerage. A boat nearly ran down five small day sailing dinghies which were crossing the western entrance of the sound. The trawler just kept coming and the boats had little wiggle room due to tides, races and wind. The trawler cleared the front of the first dinghy by less than 15’ and caused a huge wash which put the others in peril. Given each was carrying one RYA instructor and several teenagers I decided enough was enough. Turned out the harbour master had already had others radio in.
I haven’t yet used it to communicate with other boats for a ‘chat’. That is yet to come and to be honest I try to just listen and keep it free. If I want to chat to another boat crew I guess that is what a mobile is for if you have reception. 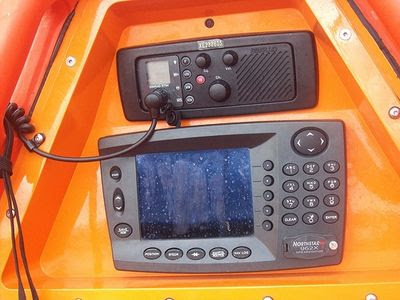 Could I recess something like this into the rear thwart under the deck?
I carry it because I am also paranoid. From past posts readers will know that if I ever go overboard I am likely to sink from all the safety gear attached to my buoyancy aid – PLB, mini flare pack; mobile phone and VHF. (And not forgetting safety knife and spray hood in packet).
I was aware but hadn’t given much thought to it about the criticalness of antenna height above the water. So far apart from one stretch along Bolt head where I seemed to be too close inshore I have had good and clear reception off my handheld VHF. However, I have wondered if I need to put a folding antenna on the mast and some cabling running down it and through the deck; along under the deck on the side of the centreboard case and out to some form of waterproof plug in the aft cockpit. In this way I could extend the range of the handheld set. This is something I do need to investigate further because I can see advantages and disadvantages to this so it will be the subject of a future post ‘Should I install a fixed VHF in Arwen or extend range on the handheld using an antenna on the mast?’ kind of post!


As someone pointed out you can call coastguard on your mobile but you don’t get to hear the pan-pan or securite calls; or worse still the May-day ones!
Steve
Posted by steve at 16:29

For the international readers, read cell-phone.

I'd forgotten that line - a brilliant programme - very funny. You have good taste in TV viewing Momist