I have always been fascinated with rivers. It comes of being a geographer I suspect. River geomorphology (and Hydrology) was one of my ‘A’ Level teaching specialisms and as a child I spent many a happy day pootling around local streams catching and releasing all manner of river organisms and small fish.

Rivers often reflect the character of the countryside through which they flow and influence greatly peoples’ daily lives along their riverbanks. They can even influence the design of the vessels that trade along their waterways; and so it is with the Tamar where many of the local boats took on a character and form best suited transporting the river’s agricultural and mining resources. 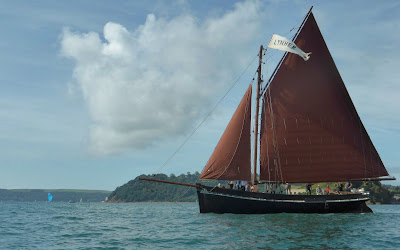 Rising far away in the bogs of Eastcott Moor, near Morwenstow, two miles from the Bristol Channel coast, the Tamar is one of those geological freaks of nature that I have written about before, for it flowed southwards instead of the short journey north. Now it forms the administrative border between Devon and Cornwall for almost its entire length.  Not having its source on Dartmoor, the Tamar is less subject to the sudden run-off surges of storm water; it’s a geographical oddity that has had an important bearing on its history and use as a trading waterway. 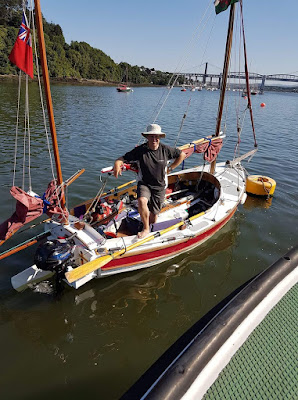 On a mooring at Henn Point where the Lynher and Tamar join.
Photo taken by a friend's husband who works on the MOD Police boats

The Tamar and her navigable tributaries have played over a 1000-year role in the local agrarian and industrial economy and communities. The rough, hilly but very fertile terrain on both sides of the river have been worked for tin, from the times of Edward 1st. Ancient footpaths and bridleways criss-cross the landscape leading down to the river’s shores, the only outlet for much of the resources gained from this area over the intervening centuries. 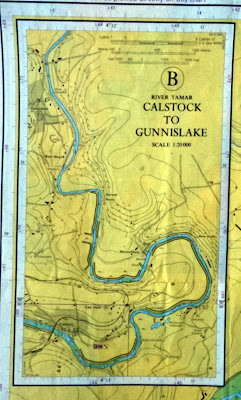 The upper reaches up to Weir Head
Copyright: Admiralty Charts

From Weirhead, just below Gunnislake down to Devils point at Plymouth, the river is tidal and navigable. The 14th century salmon weir at Weir Head prevents further passage up river although records show that prior to the weir’s construction, the Vikings sailed much further upriver to attack the village of Lydford. For much of its history, two ports dominated the river’s commercial life, Morwellham on the Devon banks in the upper river reaches and Saltash, just above the entrance to the tributary river, the Lynher. 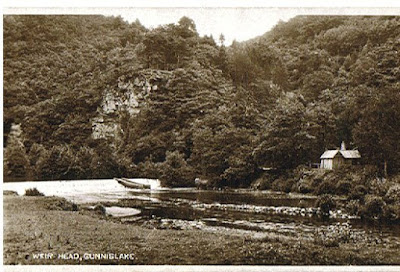 Morwellham’s growth was rapid. Mentioned as a quay in 1240 and part of the Manor of Morwell, rich alluvial tin deposits in this area supplied most of Europe, leading to the establishment of a Benedictine Abbey and the growth of the stannary town of Tavistock.  Vessels plied up and down the river to Morwellham Quay, where in its heyday in the 19th century, it could accommodate vessels of some 300 tonnes burthen. At this time, extensive deposits of copper and arsenic were discovered and mining flourished in the surrounding hillsides. Sadly, it was a short lived mining boom, over by the end of the century. 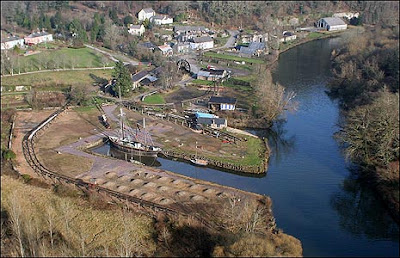 Saltash was already far more prominent some 200 years before Morwellham. In 1069 it was held by Reginald de Valletort for William the Conquereror and Saltash borough gained jurisdiction over the rivers Tamar and Lynher from her ‘Seigneurs,’ who in 1270 were recorded as maintaining a ferry at Saltash. By 1337 the Burgesses of Saltash were paying the Black Prince £10 per year for a ferry across Saltash Passage.

Those Burgesses new a thing or two about turning a profit.  Sand dredged from the Tamar off Saltash was always much in demand and the burgesses levied 12d annually on every barge carrying sand; the same fee was levied on every boat carrying a fishing net as well.  However, by 1616, the Duke of Cornwall grew wise to the profits that were being made and so took action to recover the royalties owed him. By the reign of George IV, Saltash burgesses were paying an annual rent of £18 to the Duchy, along with 100 oysters to the King’s local auditor.

Within the ancient charters rewritten over time, the boundaries of the Tamar remained clearly defined. The Tamar’s waters, attached to the borough of Saltash, ran seaward to an imaginary line drawn across Plymouth Sound from Penlee Point on the west to the Shagstone on the East; thence to Prince Rock and Liara, to Old Man’s Beard in the Tavy and to Ogle (Okel) tor rock above Calstock in the Tamar. They ran from Guddenbeak Point on the St German’s or Lynher river to Crumble Tor rock in the Lynher and included all the intervening bays, creeks and places as far as high-water mark.

The clever Saltash Burgesses hadn’t missed a trick. Saltash was due one schilling from every vessel dropping anchor in the Port of Plymouth in the area defined above; the fees to be collected as they passed Drakes Island at the narrow entrance to the estuary. 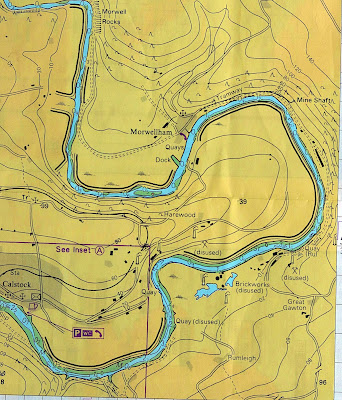 Copyright Admiralty charts
One of this years trips will be to go up beyond Calstock - either in Arwen or in Angharad, my Stickleback Canoe. the aim to explore the hidden quays, marshlands and abandoned brickworks of the tidal upper Tamar

A good description of Victorian life on the Tamar can be gleaned from the writing of Mr G P Hearder in his ‘Guide to the Tamar’. In 1841, he engaged two watermen to row him the length of the Tamar in a single day and he recorded what he saw on his trip. Saltash beaches were full of ships and ship-building yards; the women of the town out on the sands raking up cockles. ‘The absence of clothing on their nether regions is a grotesque appearance’ wrote Hearder.

Above Cargreen, he witnessed men in anchored boats using rakes three feet long to separate the oysters from their gravelly beds, whilst further upriver near Weir Quay, he watched a huge chimney belching enormous volumes of smoke from the furnaces below it.  An extensive silver and lead refining plant was once established there and Hearder wrote that his ears were assaulted by the noise of water wheels and the creaking of engines that drained the mines. At the quayside, he witnessed three brigs and assorted barges offloading limestone, coal and other commodities for the surrounding countryside before loading back up with metalliferous ores.

Today, the smelting/mine office is a bungalow, the quayside a small boatyard and the surrounding hillsides are disfigured by huge spoil heaps and desolate decaying mine buildings.  An industrial archaeologist’s paradise and playground, Hearder’s description of a thriving busy shipping lane and industrial landscape has all but disappeared. The water borne folk who once battled daily with erratic tides, merciless currents, fickle winds and thick squelching mud have long gone. 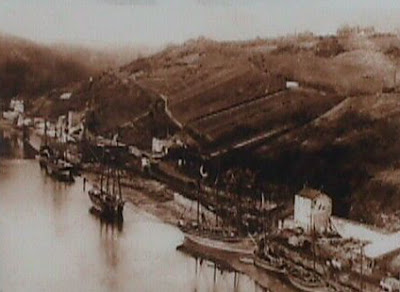 The boat yards and quaysides that lined the road downriver from Calstock. Somewhere along here was the famous Goss boat yard as well.
Copyright; Calstock archives

It comes as a surprise that records show that in the 1850’s, a greater number of vessels carrying a higher tonnage of cargoes were being handled along the Tamar than on the Mersey and into the Port of Liverpool. But this was, to all intents and purposes, a short-lived boom. Stealthy, unannounced globalisation was already rearing its head. Alluvial tin from Malaya, copper from America, Australia and South Africa; all could be mined more cheaply, more quickly and in greater quantities. The shallow limited deposits of the Tamar valley were doomed to be left in the ground; only recovered by a very short-lived revival in trade, when demand for sand, bricks and other building materials for the extensions to the Devonport Dockyard soared in 1896. By 1907, when the Keynham extension to the dockyards were open, this trade to cased to exist. 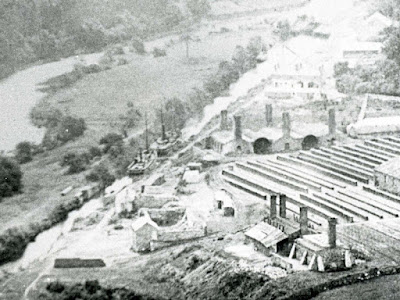 One of the old brick works high in the upper reaches of the Tamar beyond Calstock
Posted by steve at 16:27