We have just witnessed the northern lights. Christmas Eve 2014 will always be remembered as the best family holiday moment ever. The lights were directly above us and stretched as far as the horizon across the vast forested lowland plains. 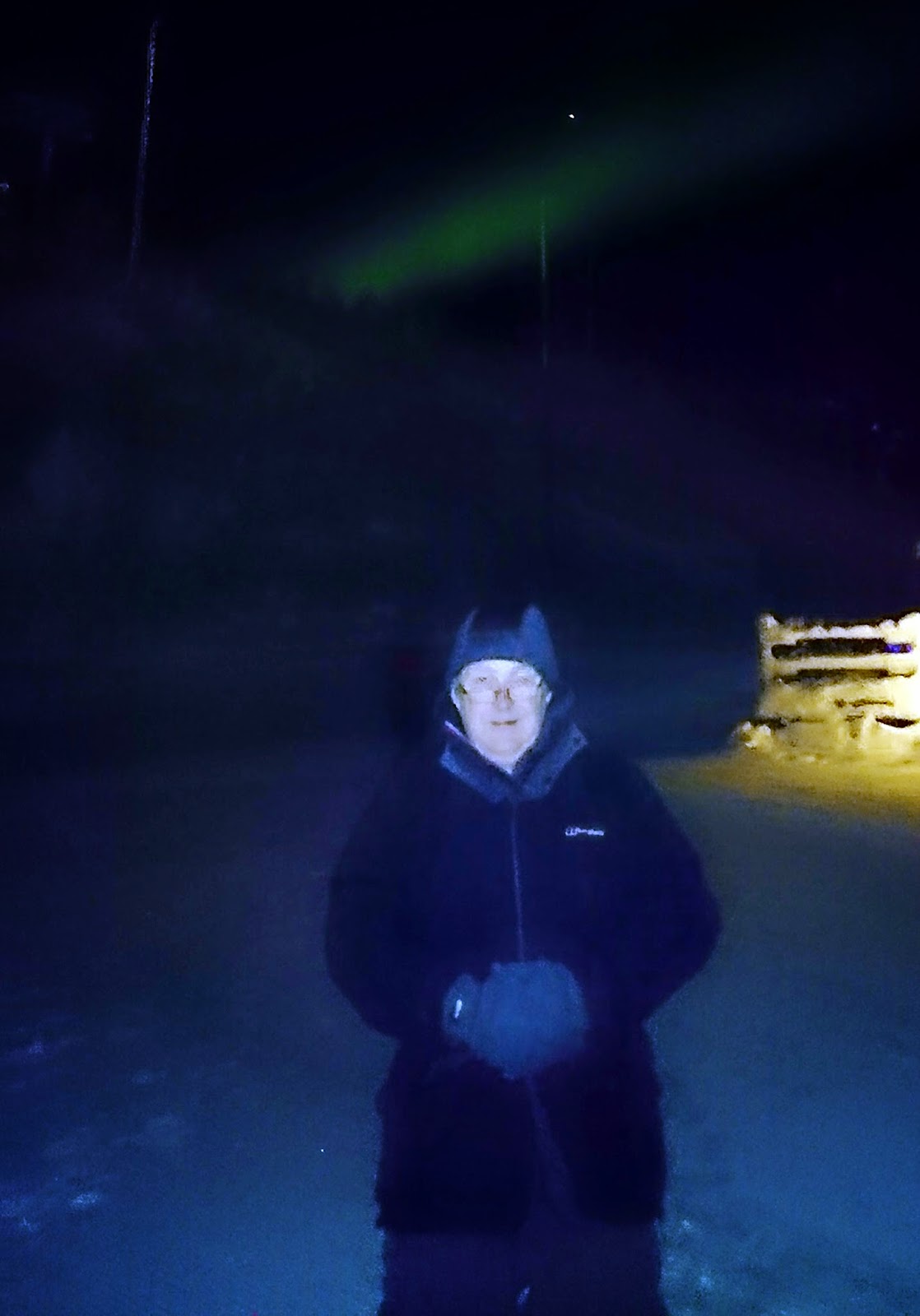 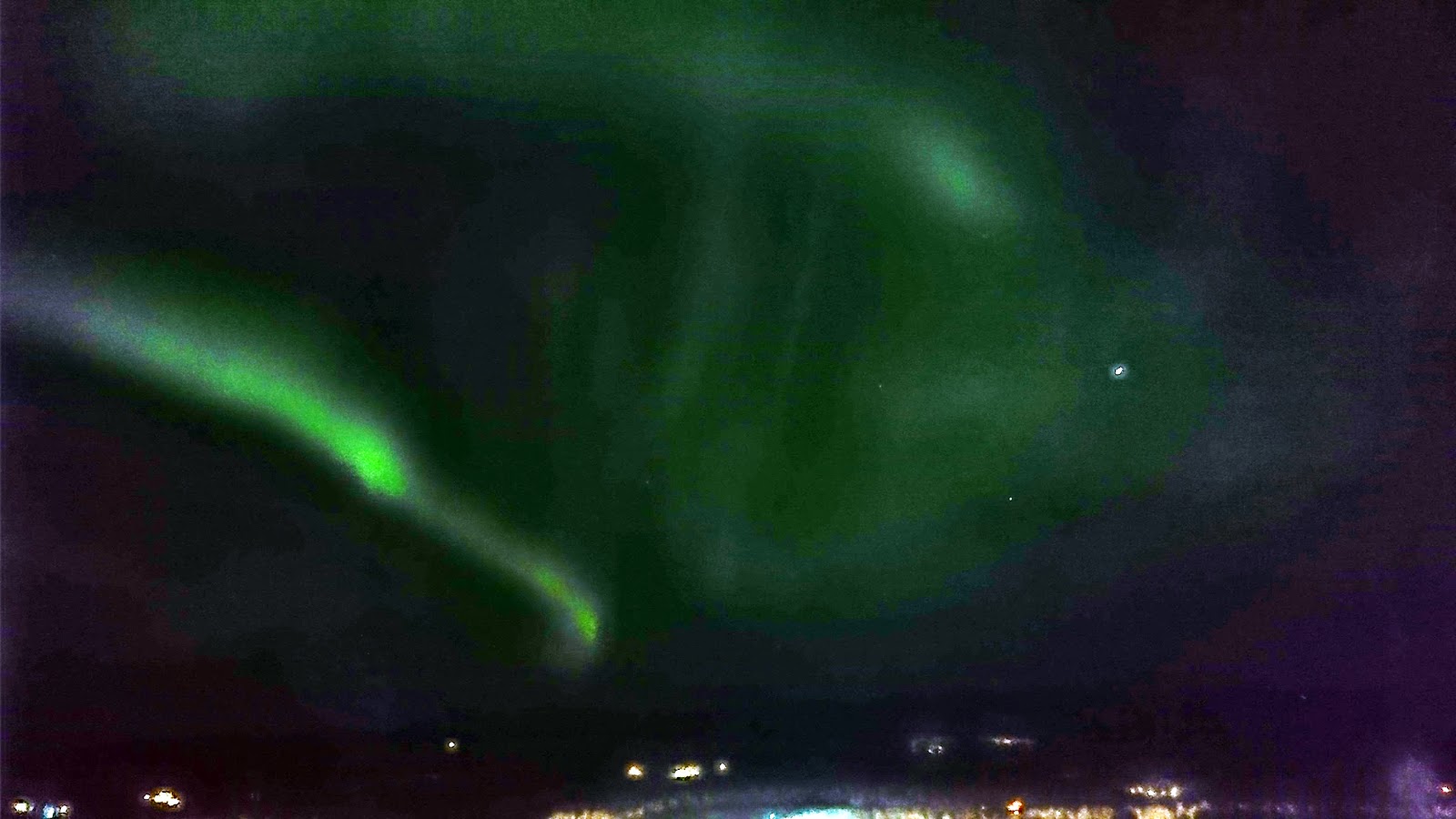 At first mistaken as a thin band of cloud, it developed into ribbons of pulsating light; greens, blues, reds and magenta. The ribbons continuously morphed shape as they snaked across the black cloudless, star studded skies above. The fact that we had dashed out of the hotel without any thermal layers on, was in an instance forgotten. 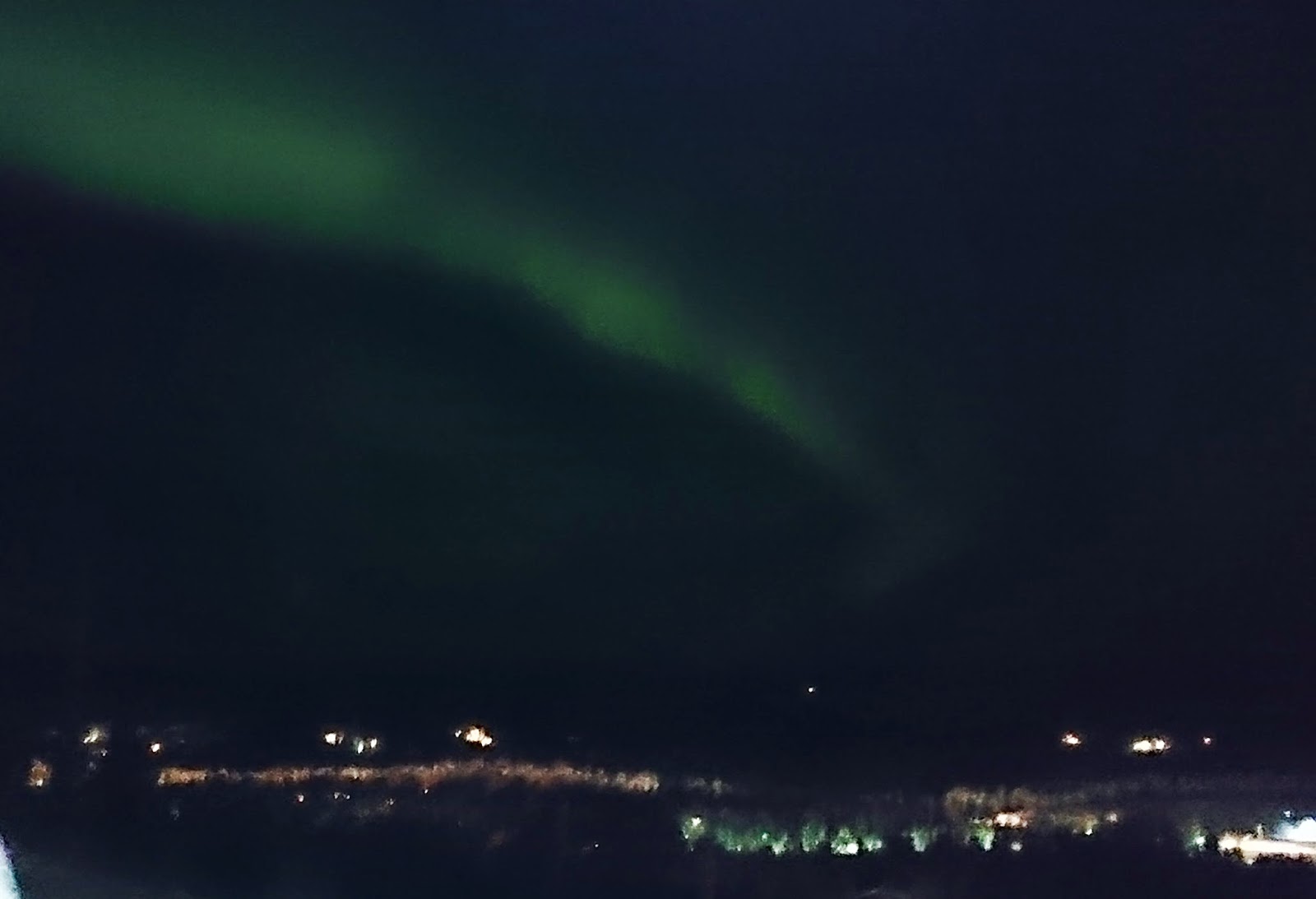 A Christmas Eve to remember......the hotel restaurant filled with Finns celebrating Christmas. Tradition here has it that they cook their big meal and have their family get together on Christmas Eve. The buffet queue stretched for ever with a range of mouth watering goodies, none of which we could recognise. The menu was in Finnish and so it was that my family took pot luck, got stuck in and just tried everything in front of them. The missus, a vegetarian, was bemused by the proffered beet root risotto that came smothered in reindeer meat and sauce! 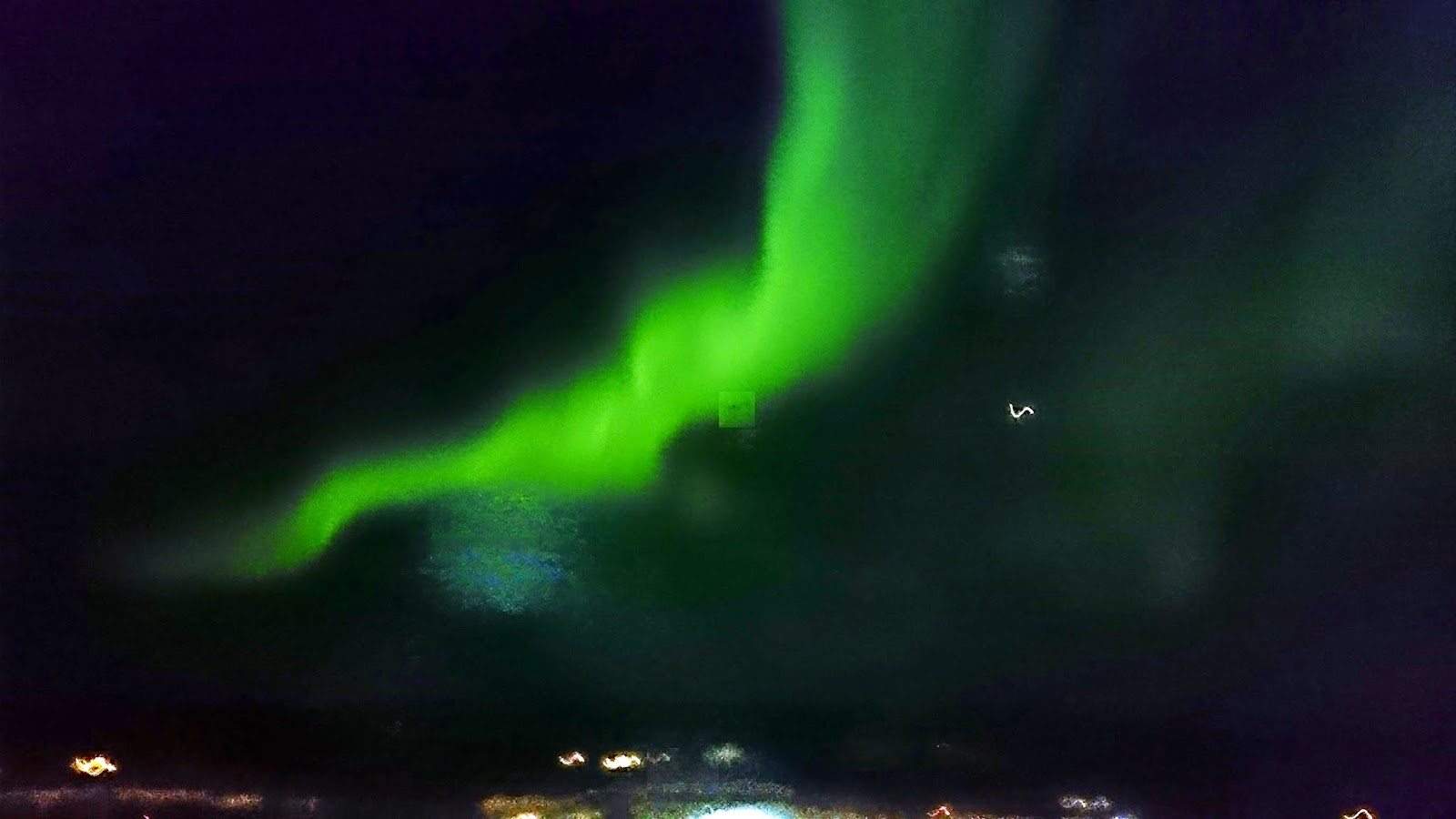 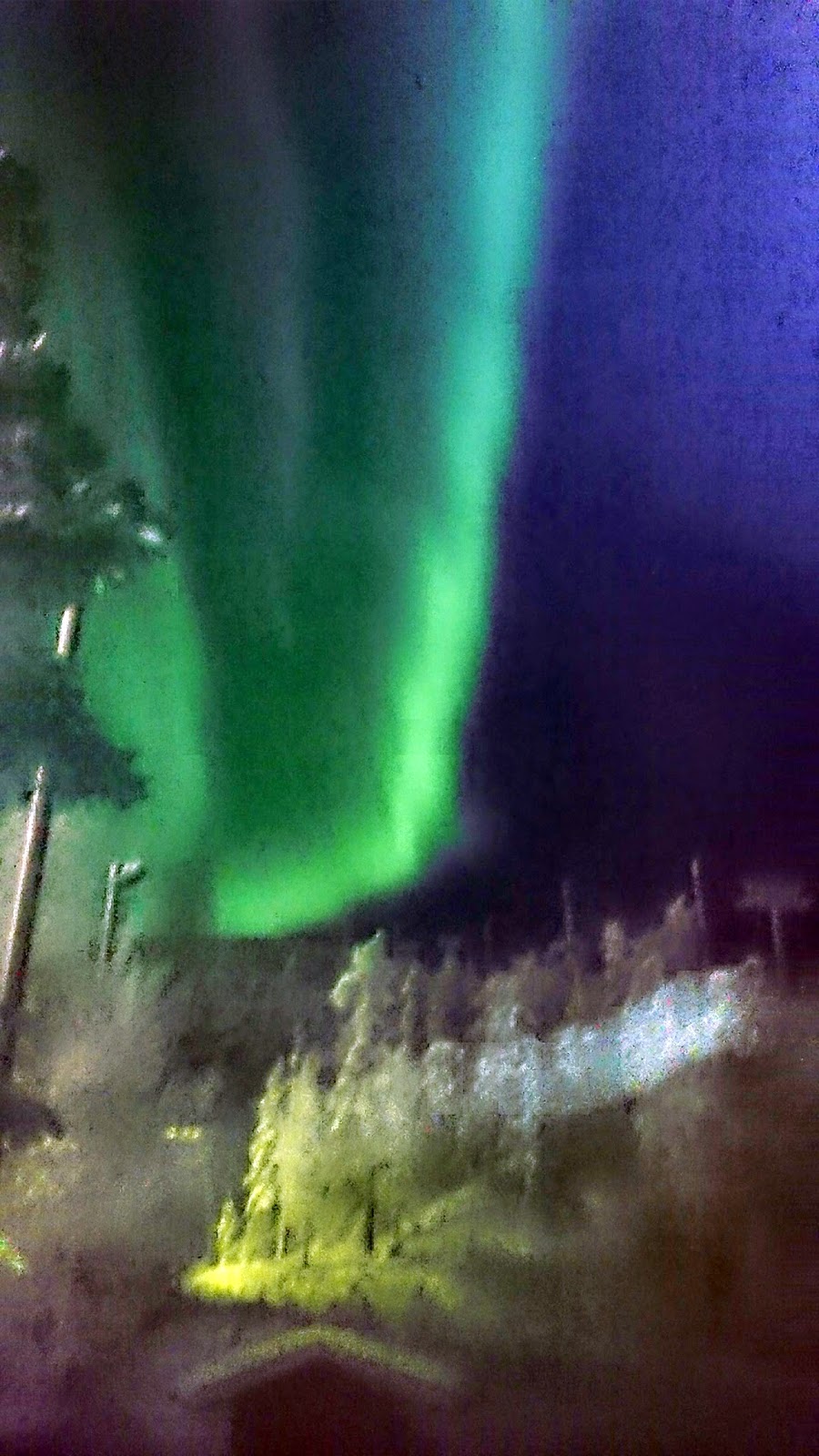 Just as impressive was the fact that my new Sony Xperia Z1 compact managed to take photos in minus 27 Celsius without blurring especially when I was shaking so much from the cold!
I woke again at midnight and dashed outside to see if the lights were continuing. The aurora borealis was still above, less resplendent than earlier in the evening. The wind was up and the windchill bitingly cold. When the outside digital thermometer hit minus 28 Celsius, I gave up and sneaked back in to a warm bedroom. 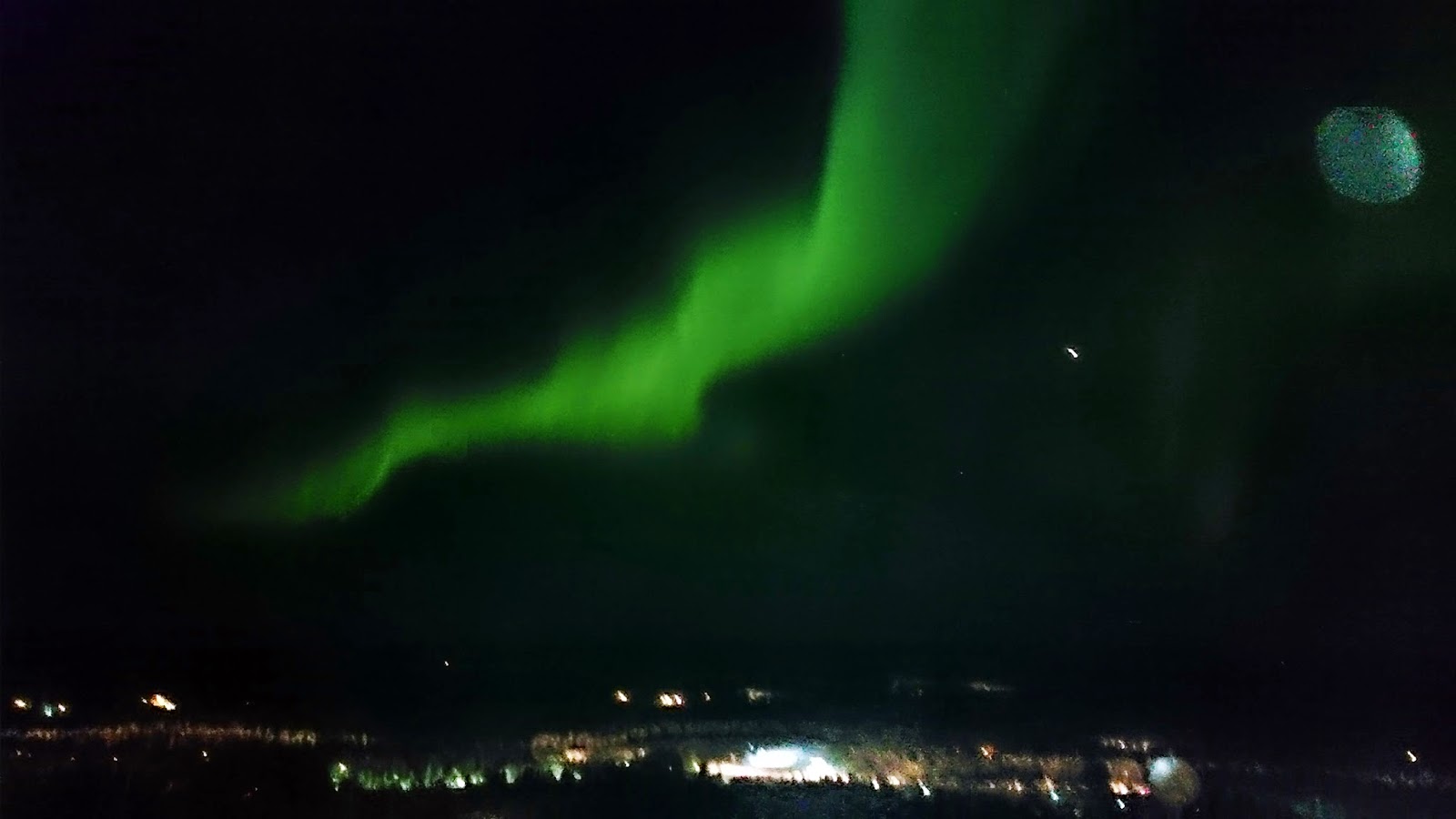 What a night to remember. Stunning, perfectly stunning.

For those who want to know, the northern lights are enshrined in Finnish folklore, whether it be the great arctic fox swishing its tail to create the mesmerising lightshow of sparks as its tail struck snow; or Sami folklore where the lights are the energies of their ancestors souls flying across the northern heavens. The scientific explanation is of solar charged particles ejected from the sun as a solar wind during solar flares. on reaching earth these particles are deflected around our magnetic field. here at the polar regions the particles collide with upper atmosphere atoms and molecules which absorb some of the energy from the solar particles. These excited atoms then emit photons of light....the aurora borealis!

For my family, this was the highlight of a busy fun year for the family.
Wherever you are, whatever your faith, I hope you have been able to find the love, friendship and joy we have had this year and on this new year's eve, I wish you all a happy new year for 2015.
My sincerest best wishes to you all

Fantastic Steve, Mrs BB is already talking about going next Christmas - are you sure you're not secretly working for the Finnish tourist board.

have a great new year