I sailed past Mutton Cove and Mt. Wise the other day on the Plymouth side of the Tamar. 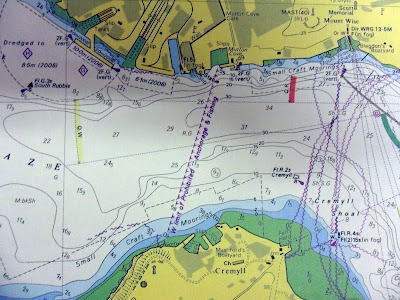 In the Mutton Cove/Mt. Wise area of Devonport are two interesting statutes. The first is the Scott Memorial. Captain Robert Falcon Scott was born near this area in 1868. We all know what tragically happened to him on Antarctic Expedition. Beaten by Norwegian Roald Amundsen, Scott’s team died in severe weather on the return journey, only a few miles from a much needed food depot. There is a memorial at Mt. Wise, Devonport which was unveiled in 1925 I think. The memorial represents Courage, supported by Devotion and crowned by Immortality. Fear, death and despair are trampled under-foot. There are portraits of Scott and his fellow brave explorers, Wilson, Oates, Bowers and Evans. 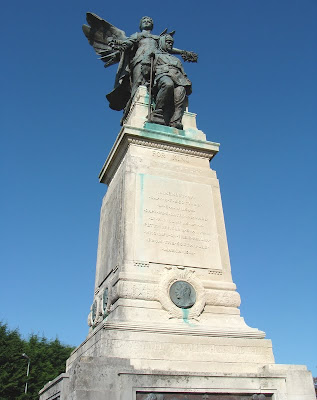 Just along from that memorial at the southern end of the dockyard by Mutton Cove is the statute of William IV (reigned 1830 – 1837).The original statute was a figurehead on the Royal William gunship (120 guns). This isn’t the original one on display however. It is fibreglass! The original wooden one was restored and is now found with other figureheads at Black yarn Stores at Devonport dockyard! 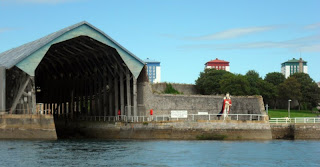 
A nice village on the Cornish side is Millbrook, at the head of Millbrook Lake. It’s located on the Rame peninsula which is often called Cornwall’s ‘forgotten corner’. It is bounded by the river Lynher and Tamar and is an area of outstanding natural beauty (ANOB - a status we give to special countryside here in the UK). There are about 850 homes in Millbrook and a population of around 2000, along with a marina and a boatyard and some chapels and churches. There are a few pubs of course, after all this is Cornwall!

Millbrook combines with Cawsand and Kingsand villages each May to hold ‘The Black Prince’ Procession. The ‘Black Prince’ is a model boat which is carried shoulder high through the villages by four new naval ratings from nearby HMS Raleigh. It is draped in flowers and accompanied by a procession of dancers, musicians and locals. All the monies raised each year go to the RNLI. 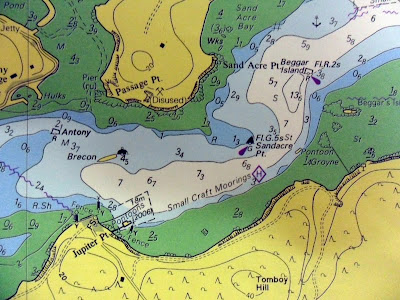 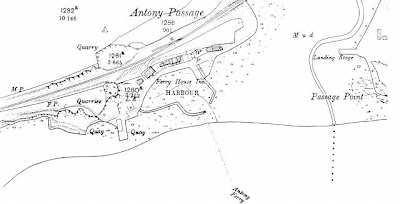 It fell into disuse in the 1950’s. In the 20th century it was well used because there were few roads in the area on either side of the Lynher. It was mainly used by Plymouth people, not for commuting to work but for doing a ‘grand circuit’. You caught the ferry across to Torpoint, walked through the Anthony estate, then caught the ferry and walked through to Saltash where you then caught a chain ferry across Saltash passage which connected with a tram back to Plymouth city centre.

It's an interesting old area is the lower Tamar and Lynher!